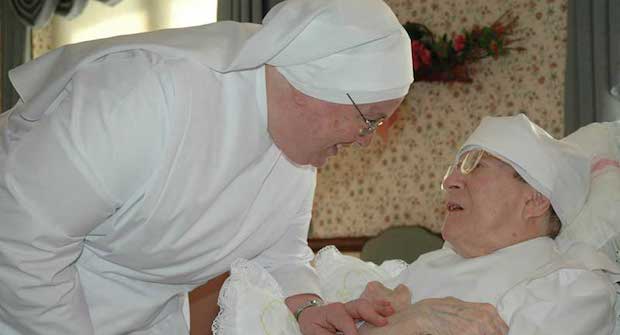 It used to be that picking on helpless unborn babies was the thing that exposed Big Brother Barack Obama’s despicable nature.

But now America can add this to his list of cruelties: targeting a group of Catholic nuns that care for the elderly poor.

America’s exceedingly secular president is of the opinion that compliance with social issues takes precedence over devotion to God – so much so that he is wholeheartedly dedicated to hindering, by any means necessary, religious vocations.

Clearly, caring for the group the president claims he’s tremendously concerned about doesn’t earn selfless caretakers any points with him. That is especially true if, rather than government largesse, the reason for looking after the aged and vulnerable is rooted solely in obedience to God.

Barack Obama wouldn’t want God, or worse yet, a convent full of women, to get credit for what he thinks was his idea.

That’s why Obama is involved in a scuffle with a group of nuns who call themselves the Little Sisters of the Poor. This religious order was birthed in 1839 by Mother Marie of the Cross, who came to be known as St. Jeanne Jugan. The French saint is described as “a friend of God and a hero for the poor.”