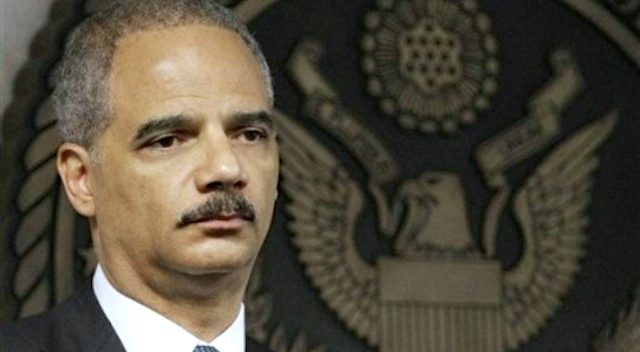 There was a time when the nation’s leading shakedown artist was racial grievance monger Jesse Jackson.

Worse yet, Holder’s charges of racial inequity are often based on pure guesswork.

Take the latest chapter in his “war on banks,” as narrated by Investors.com:

Attorney General Eric Holder has opened up a new front against car lenders and has forged an alliance with the Consumer Financial Protection Bureau to frame them for racism, too.

We don’t use the term “frame” capriciously, certainly not like Holder uses the charge of racism.

His department and the president’s new consumer credit watchdog agency, CFPB, have announced a new settlement with…