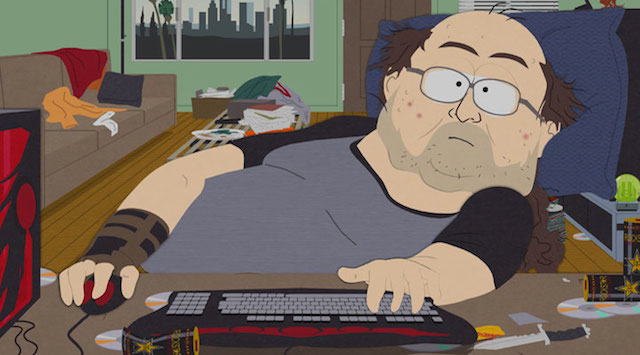 Liberals will rationalize anything, including their stupid degrees.

I’m all for chasing one’s dream, but don’t try to make it society’s problem when that dream lands you in your parent’s basement.

In an article in Time magazine, some woman (guessing she’s a Liberal) is rationalizing her child’s worthless degree.

The thesis of the Time article is that not all people are cut out to make a living with Science, Technology, Engineering and Math (STEM) degrees. These are the degrees where graduates can still find jobs, even in an Obama economy. But those poor people with Business, Law, and Medical degrees are struggling?

Ok, I know this woman was talking about “Humanities.” Art, Philosophy and so on.

Well I can speak to both. I have an Electrical Engineering degree, and other scientific degrees. In fact, I am a perfect example of STEM, having degrees that cover them all. But I left Engineering, and eventually Technology, and pursued one of those worthless pursuits…writing.

I had no formal training in writing, and I don’t have a business degree. But I have built a successful business.

It has become virtually antiquated these days to think of institutions of higher learning as places that teach students to think critically and analytically, read widely and write well. More and more, schools are being measured by, among other things, the salaries of their recent graduates.

The Obama administration has only reinforced this bias by proposing to rank colleges based, in part, on how much money graduates earn.

In this climate, encouraging your kid to study the humanities—which are facing funding challenges, scrambling for students and under siege—can seem, at best, unwise or, at worst, reserved for elites unconcerned with earning a living.

Only 8% of students now major in the humanities, down from a peak of more than 17% in 1967, according to the American Academy of Arts and Sciences.

But college is not vocational school. And promoting STEM subjects should not be society’s only answer to helping the next generation thrive in a competitive world.

In a recent article in The New Republic, Brown University’s president, Christina Paxson, made an impassioned argument in support of the humanities:

“Our focus should not be only on training students about the skills needed immediately upon graduation,” she said.  “The value of those skills will depreciate quickly. Instead, our aim is to invest in the long-term intellectual, creative and social capacity of human beings.”

How about equipping college students to be critical thinkers? How about graduating young people of character ready to make a self-reliant life for themselves that parents and society can be proud of?

America will be in even bigger trouble if we encourage majors that do not instruct the next generations in subjects valuable for either solid family life, or for employers, or both.

Universities were intended to equip the college student for a happy, integrity-filled, productive life…NOT for eating Twinkies while living in their parents’ basement. Apologies to Twinkies.