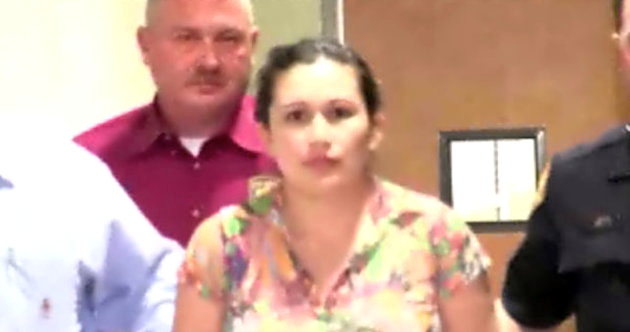 Nidia Alvarado lives in Texas, the state where Democrat State Senator Wendy Davis made a name for herself by filibustering an abortion bill that would prevent women from obtaining an abortion after 20 weeks.

Despite Davis’ herculean efforts, thankfully the bill to restrict abortion in Texas passed.

After listening to Ms. Davis stress that the right to choose should not be dependent on gestational age, Nidia Alvarado must have interpreted the message to mean that it wouldn’t really make a huge difference if she disposed of her baby after he exited the birth canal and left the hospital with her, wrapped in a receiving blanket wearing Pampers.

Now, after being taken into custody and charged with murdering the baby boy found stuffed into a blue duffel bag on the intake conveyor belt of a Waste Management recycling center (that’s right – a Waste Management recycling center) the dead child’s mother told authorities that she heard the dying child whimper as she strangled him and “watched him die.”

San Antonio police Sergeant Daniel Gonzalez had this to say: