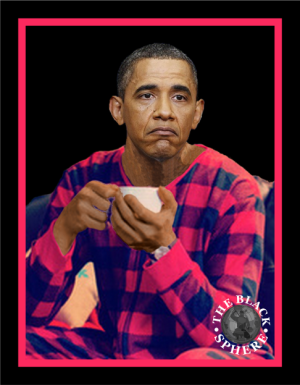 Welcome to the New Year and the New World Order.

I’m all about celebrating and all, but we have to quickly get back to the business at hand. And that business is dethroning America’s despot.

I dare you to pick the Top 5 most egregious things Obama did in 2013.

First you’d have to  narrow it down from the 10+ scandals or bonehead moves. In case you didn’t read the memos from 2013, allow me to tell you that your government is USING YOU!

Talk about taking John F. Kennedy’s “Ask not…” to a whole other level. I’m one of the most patriotic people in the country, and I realize that America has to break a few eggs to make an omelet. I understand that I won’t always agree with the workings government.

But dammit can’t we apply the 80/20 rule?! I’m lucky to approve of 10 percent of anything this out of control government does.

And how sad is it that most Americans have more faith in Putin, than we do Obama?

Back to “Ask not.” I’d say we’ve done about enough for our country, wouldn’t you? When you don’t start working for yourself until late August, I’d say the government is getting enough.

Taxed Enough Already (T.E.A.) is NOT just a slogan or a movement, it’s a FACT! Heritage recapped the Top 10 most frivolous government expenditures in 2013, and it’s downright zombiesque. To approve these things you would have to be a drug-crazed hippie in charge of the nation’s bank account, which ironically is exactly what Congress is these days.

We are barely into the new year, and Obama has already thrown down the gauntlet.

In a fundraising email sent by Organizing for Action, Obama declared victory in the healthcare debate. He has removed over 5 million people FROM their healthcare, and supposedly signed up 1 million, and he is declaring victory! Only a brain-dead affirmative-action, Harvard crap-for-brains would believe that a net loss of 4 million people on healthcare is a victory.

Here is what OFA put in the letter on behalf of Crazy Barry:

From here on, no American should have to go broke just because they get sick. You can’t be dropped from your plan when you need it most. Pre-existing conditions will never prevent someone from getting coverage, and women can’t be charged more than men for their plans.

What Obama should have said is, “You won’t go broke because you get sick, but you will go broke trying to pay for Obamacare!”

He goes on to say:

Fundamental change like this doesn’t happen just because people believe it’s the right thing to do. It happens because people like you . . . fight for it — no matter how hard it gets.

Obama admits that Obamacare is not necessarily RIGHT, but you still need to fight for it!

Let’s make 2014 the year that Liberals admit publicly that Obama is a certifiable moron.