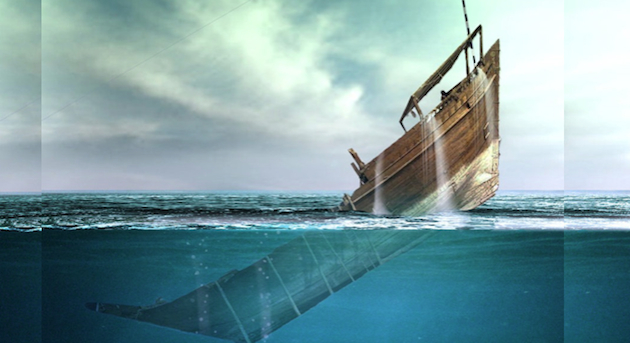 Few would argue that the unemployment statistics are shockingly abysmal.

Recently, Alabama Republican Senator Jeff Sessions pointed out that “for every one job added, nearly 5 people left the workforce.”

According to Senator Sessions:

In December, the economy added only 74,000 jobs – not nearly enough to keep up with population growth –and 347,000 left the workforce. That means for every one job added, nearly five people left the workforce entirely.

There are now nearly 92 million Americans outside the workforce, resulting in the lowest participation rate in 36 years. The President’s immigration plan will only make things dramatically worse – and no amount of ‘promise zones’ will be a sufficient remedy for the millions of displaced workers.

In other words, Obama’s idea of success is to fix one hole in the boat with a tool that causes five more. Meanwhile, as the boat sinks the president and his band of Merry Socialists boast about the one hole being dealt with while ignoring the fact that their repair job is causing the boat to sink.

Whatever the reason, and there’s plenty of them to speculate about, according to the Bureau of Labor Statistics there has been a clear decline of labor force participation under the president’s leadership.  If one had to guess why, it looks like Obama’s solution to stem the hemorrhaging is to kill the patient!

Based on the poor state of the job market, the Obama fix improves things by ruining them.  The president remedies unemployment by generating newer and bigger problems in the economy that cause the job market to worsen.

If the nation had known prior to Obama’s “Hope and Change” cure-all that higher unemployment was his way of fixing things, it’s likely Americans would have rather done without his help.

But let’s remember, in liberal circles it’s the effort, not the outcome that matters.

However, as horrible as one job added versus five people leaving the labor force sounds, it’s actually much better than the Obamacare enrollment statistics, because “For every one person nationwide who signed up for ObamaCare, 13 people received cancellation notices.”

Again, this is a perfect example of Barack Obama trying to resolve what he perceived as lacking and instead delivering loss.  Like Shakespeare’s Hamlet, Barack Obama is turning out to be both “scourge and minister.” Or better yet, a minister whose ministry is a scourge.

For example, while attempting to clear up perceived healthcare inequities, Barack Obama’s solution was to create a healthcare crisis that made it worse.  The president’s brilliant remedy for that is now to do nothing about the mess he’s made trying to fix a situation that, in comparison, was better left alone.

Now, just like with unemployment, he and that Merry Band of Socialist shills of his are out there bragging.  The argument is that the Obama healthcare antidote, even though it resulted in five million Americans losing adequate/affordable health insurance, is a good thing because purportedly 1.1 million enrollees (some of whom now can’t prove they have health insurance at all), are currently onboard another sinking ship.

Yet one person hired to five departed is a much better ratio than one uninsured person getting insured to 13 adequately insured people getting dumped.  So in comparison to healthcare, the employment situation actually does look quite good!

Look at the bright side! Obama attempting to improve a dismal job market and making it worse doesn’t seem quite as bad when compared to millions of Americans losing their healthcare because Barack Obama is making things better.