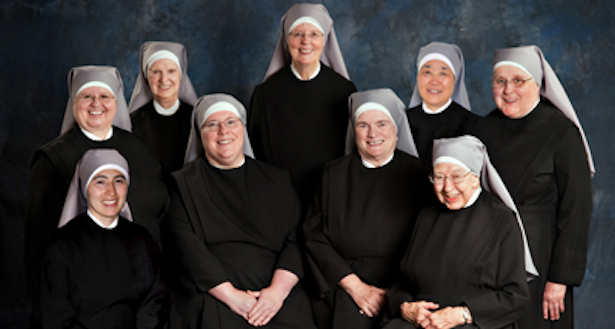 I always remember that term when football coaches, explaining a tough game coming up, would say, “we’re not playing the little sisters of the poor.” All this time, I had no idea there really is a “Little Sisters of the Poor.”

“The Little Sisters of the Poor are an international congregation of Roman Catholic women religious founded in 1839 by Saint Jeanne Jugan. Together with a diverse network of collaborators, we serve the elderly poor in over 30 countries around the world.”

The Obama administration is trying to bully these elderly Catholic nuns into clearly violating their strongly held religious tenets by providing contraceptive and abortifacient pills in their health care coverage. Even the liberal Supreme Court Justice Sonia Sotomayor granted a temporary injunction on New Years Day to stop the Obamacare enforcers from bullying the Little Sisters of the Poor.

The LSOP nuns  are now asking relief from the entire US Supreme Court, asking SCOTUS not require them to follow the birth control mandate which violates their religious beliefs.

The Obama administration has countered, instructing  the nuns to sign a letter that would stipulate they are opposed to the mandate, but would still allow the insurance companies to pay for the contraceptives…