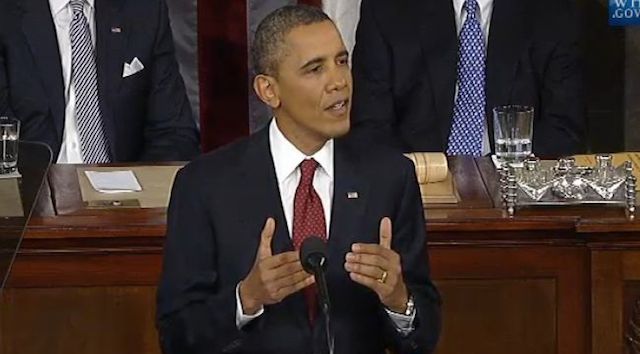 And I am not just saying that because I lost the pool (we all picked a word out of hats and received points for every time the president said your particular word–I got two words “Benghazi” and “IRS Scandal” leaving me with a big fat zero).

Now if there were points for lies expressed by the President last night I would have won It took two hands to handle all the whoppers Barack Obama told and below are just a few.

Climate Change: “But we have to act with more urgency – because a changing climate is already harming western communities struggling with drought, and coastal cities dealing with floods.”

According to the UN IPCC, the climate watching organization, It has not gotten warmer for the past 16 years..so climate change couldn’t have created drought and flooding since the time Bill Clinton was president. More recently scientists have said that droughts and flooding are not more frequent or worse than…