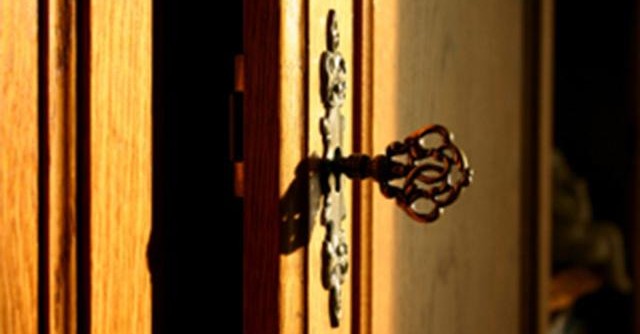 Typically ‘coming out of the closet’ has to do with one’s sexual orientation.

But ‘coming out’ also means ’fessing up to something you’ve kept secret in order to avoid embarrassment.

When it comes to the subject of abortion, having a vehemently radical pro-choice advocate in the White House has emboldened militant abortion and even latent infanticide supporters to slowly inch their way of the closet.

A prime example of someone who’s no longer embarrassed is Melissa Harris-Perry.  Melissa is the tampon-earring-wearing, Mitt Romney black-grandson-mocking talking head from MSNBC.

No longer ashamed of embracing the unthinkable, Melissa joined the ranks of bioethicists when she said she believes life begins when parents “feel” life begins.

Harris-Perry came out of the antiquated first-trimester closet when she answered her own question:

“When does life begin?” Melissa’s answer: “[it] depends an awful lot on the feeling of the parents.”

The implication of such a dramatic statement is that abortion is acceptable as long as the parents of an unborn child have the “feeling” that their baby is not a fully living human being.

That sort of twisted philosophy seems to imply that freedom of choice can be exercised at any time, at any age.