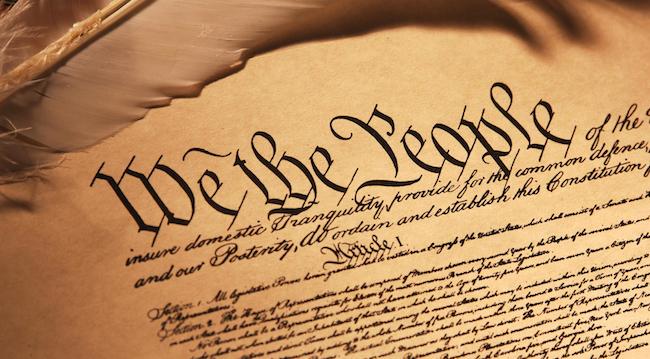 From Sea to Shining Sea

What does America’s flag stand for? Now, I don’t mean for you.

I believe the readers of the Blacksphere by and large look at the flag with great respect. What do you think it represents to people from other Nations?

America has long been the envy of the world. The freedoms and opportunities we’ve enjoyed these many years are greater than those afforded other nations since perhaps the beginning of time. The foundations built upon were Judeo-Christian, in nature. Because of this unique Constitutional Republic we have thrived for well-over 2 centuries.

Some have hated and feared us because of the power that comes from such freedom; still many more have loved America and wished to embrace what she had to offer.

His Truth is Marching On…

When you do the right thing, those who are doing the wrong thing often try and find a way to silence you.

There was a time when the people of the United States scoffed at criticism of our values from other Nations. Why? Because we understood the difference between right and wrong. Whether we always did the right thing, we were humble enough as a people to defend the truth.

Truth always speaks from a position of power because it’s, well… right. And the truth is always offensive to those who wish to believe a lie.

Since there is no proper defense of wrong, the accuser levels unfounded charges or simply resorts to calling names… anything to shame you into accepting their position. The purpose is clearly to try and remove your 1st Amendment right to free speech. As a result, the kind of judgmental attitude of which they accuse you, is precisely the kind of attitude they display.

The reaction is that evil is being equated with good, and good; evil. Even in our Churches we’re being called on to accept that which God called “sin”. It’s no wonder, then that we’re experiencing a moral crisis like no time in our Nation’s history. We can no more become God by declaring our own omnipotence, than we can render God’s truth immaterial by engaging in and approving of sinful acts.

What So Proudly We Hailed

“Our Constitution was made only for a moral and religious people. It is wholly inadequate to the government of any other.” John Adams October 11, 1798

Therein lie the problem. Our Constitution hasn’t stopped being relevant. Our Judeo-Christian heritage has not lost its relevance. We, the people… we have lost our soul and, thereby forfeited our relevance.

Don’t be fooled into thinking this is all because of the actions of one man in the Whitehouse over a few, short years. The luster of this once shining city on a hill began to diminish when we decided to embrace… apathy. That’s right. The world does not look down on us because of our unrighteousness. That’s only a symptom of the greater problem. Instead, we’ve become the neighbor who lets the grass grow… piles the trash in the back yard… that allows their kids to run wild in the neighborhood. We’ve lost the will to respond or to properly attend the discipline required to maintain freedom.

America has become the young lady who’ll sleep with anyone for the price of a drink. Everybody loves her when she gives them what they want. But, once it’s over she’s kicked to the curb. She’s become nothing but a source of shame.

America has lost the right to be that beacon because that right must be continually earned.

God Shed His Grace on Thee

So, where’s our hope?

When you’ve lost something, the best way to find it is to return to the last place you remember seeing it.

Back to the beginning.

The book from which the writers of these documents drew their inspiration? The Bible.

Try as we might with our feeble hands and human frailty, we cannot re-create that which our Founding Fathers built, without first looking to the Creator.

We have it in our power to begin the world over again.

A situation, similar to the present, hath not happened since the days of Noah until now.

The birthday of a new world is at hand.