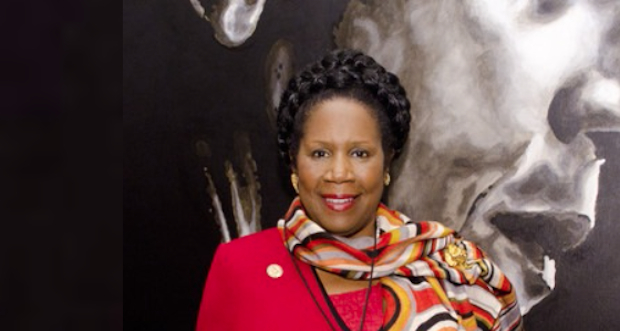 On behalf of those who want to gussy-up bad social policy with fancy words, Sheila Jackson Lee (D-Texas), the woman known for her famous braids and multi-colored pashminas, is proposing the term “welfare” be changed to “transitional living fund.”

While waiting for the answer, and before agreeing that the name change is a good idea, maybe we should revisit some of Sheila’s other stupefying statements.

The Texas congresswoman is the person who, when pontificating on the House floor about America winning a war we did not win, actually said that there are two Vietnams.

From geographical knowledge to astronomical appreciation to Ku Klux Klan identification, Ms. Lee also said that Neil Armstrong landed on Mars.  And that “All those who wore sheets a long time ago have now lifted them off and started wearing… uh, clothing, uh, with a name, say, I am part of the tea party.”

Recently, during the government shutdown, Sheila offered the mind-boggling suggestion that martial law is a means to reopening government.

Now, embroiled in the unemployment insurance to-do, Lee took to the House floor again. This time to honor the 50th anniversary of LBJ’s abysmal failure called the War on Poverty which, unlike the War on Terror, Sheila was willing to call by name.

Sans those trademark braids, Sheila offered the following poignant plea about the war on poverty:

“Mr. Speaker, and I ask us not to give up the fight because the American people are looking to us to win the war.”

Placing her stamp of approval on government welfare programs and without explaining what she meant when she said it, Ms. Lee said the “safety net has to be something for all of us.”

“Quite frankly,” Congresswoman Lee said, “of all the wealthy nations, we have the lowest safety net and the highest poverty, because we’re not willing to accept the fact that sometimes an American needs help. Even a veteran — even a soldier.”

Sheila brought along visual teaching tools. To drive home the need for unemployment insurance, she exhibited a picture of people standing in a very long line.

Although unsure herself of what they were even standing in line for, which could have just as easily been Billy Joel concert tickets, Ms. Lee shared that the people could “possibly be looking for work.”

Yes, or lining up outside an Apple store for a new iPhone, or waiting for Walmart to open their doors on Black Friday.

Jackson-Lee did admit that by merely looking at the picture there is no way to know which, if any, of the people in the photograph “are near the edge of poverty or living in poverty simply because they cannot find work.”

Finally, Sheila Jackson-Lee used her persuasive gift of rhetoric to press Congress to extend provisional benefits in the form of a “transitional outreach to individuals who are chronically unemployed.”  An unemployed thanks to the president she insists on hugging in the aisle at every State of the Union address.

The Left’s coined the term “man-caused disaster” for terrorism, and changed the image.

Now Ms. Lee is convinced that with a clever name change, the stigma associated with chronically requesting government assistance can be banished from America’s consciousness forever.