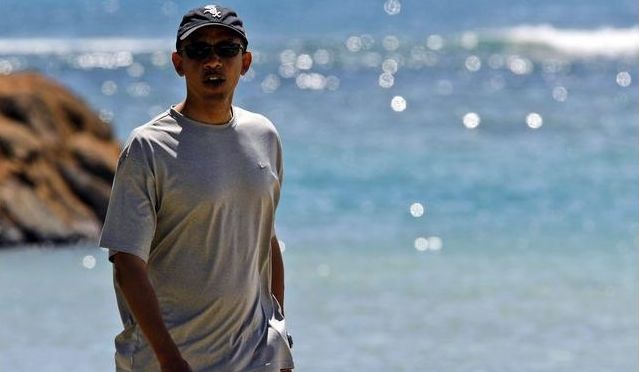 More and more Obamacare horror stories are beginning to trickle out.

Within the last week, the sick in need of emergency care have been turned away in Virginia, prescription benefits have been cut or capped, and six million previously insured individuals have been thrown off adequate, affordable health insurance.

And while the Obama administration and the lapdog media would have Americans think otherwise, the situation is only going to get worse.

Doctor’s offices are spending two hours on hold with insurance companies waiting for surgery authorization that never comes. Overwhelmingly, Medicaid patients are showing up in emergency rooms. And people with life-threatening conditions, such as cancer, are paying more for the health insurance necessary to cover expensive treatments they need to survive.

In other words, Obamacare confusion is negatively impacting a nation where 54% of the population already resents the government extending symbolic bureaucratic benevolence to the small percentage of uninsured at the expense of the insured.

Yet none of this surprises those who have kept their ear to the ground, monitoring the passing and subsequent implementation of Barack Obama’s devastating signature legislation.

Sure, those who’ve never had insurance but managed to surmount the website difficulties that plagued so many may be thrilled with Obamacare.Why wouldn’t they be?

The previously uninsured never had a healthcare policy, so they have nothing good with which to compare their newly-acquired substandard health insurance. It’s sort of like someone living in a washing machine box moving into an abandoned shipping container and being thrilled about the roominess and sturdy exterior walls.

That aside, what’s even more disturbing about the avalanche of misfortune called Obamacare is that as it unfolds, it seems as though not one person is attempting to do anything about it. Where is the anger in Washington DC about a bill that was sold as being necessary to solve a healthcare crisis but seems to have purposely created a crisis that is far worse?

Nobody seems outraged that Obama made a big deal about individuals with pre-existing conditions never being denied health insurance again while conveniently forgetting to mention that there would be limited access.

For lack of a better example, it’s as if America has been reduced to a version of the story that has traumatized the nation. Where cold indifference to human life was revealed during the trial of Clarence Ross, a man convicted of shooting and killing Jheryl Wright.

During the trial, security camera footage was released that caught a fatally wounded Jheryl laying in the doorway of a Quick Stop in Kalamazoo, Michigan. The tape shows that the 24-year-old had collapsed after being shot. Despite Wright lying prone in the doorway, the clerk continued to serve the customers who stepped over Jheryl’s dead body as they entered and then exited the store.

The customers were unmoved and indifferent. Much like Barack Obama, who goes snorkeling and visits the zoo while five million Americans, some of whom have life-threatening illnesses, suddenly find themselves unable to get chemo thanks to his policies.

“I just can’t believe people in this world would do something like that. I can’t.”

Believe it, Jackel. Because that is exactly what is happening on a much larger scale. Worse yet, not one person who should care seems to care.

With each passing day, as a result of the president’s policies, millions of Americans are being wounded and abandoned without help. Meanwhile, the mastermind of the calamity ignores the misfortune he’s caused, and in place of concern for others spends time on a $4 million vacation, golfing, eating shave ice, and dining in luxurious restaurants.

Adding to the alarming nature of a president who couldn’t care less about the people he’s hurting, are all the politicians who remain eerily silent.

Rather than dial up 911 and mandate emergency care for a nation whose life is slowly slipping away, silent enablers who were elected to represent those now being victimized by Obamacare, are oblivious, seemingly without a care in the world.

After seeing the footage of cold-hearted people stepping over her son’s dead body, Jackel Wright asked:

“How would they feel if that was one of their loved ones sitting there?”

I think I can answer that. To some, the life of a human being has as much value as a wad of bubble gum stuck to the sidewalk –they just step over the blob and keep going.

As Americans cling to life, the reaction from those with the power to change things for the better has been a shrug.  Instead of standing against tyranny, the majority of Washington DC legislators go about their business as if nothing unusual is going on. Like the shoppers at the Quick Stop stepping over a dead body in the doorway, beef jerky and Blue Raspberry ICEE seem to be the priority.

“I hope God have mercy on your soul [sic], because you was wrong sitting there and not helping my son [sic], like he was just a doormat — walking over him, laying there dead.”

Those are pretty strong words spoken by a grieving mother.

What is even more disturbing is that what she said could easily be directed towards those standing idly by while Barack Obama treats America like Jheryl Wright — as if he’s just another bump in the road.