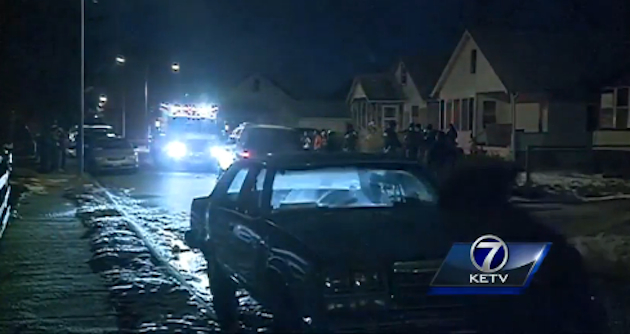 The Omaha toddler, who was videotaped engaging in a despicable, profanity-laden dialogue with two irresponsible caregivers, has been removed from the aunt’s home along with his 17-year-old mother and two other children.

According to Douglas County court records, the children were placed in protective custody because relatives continually allowed known gang members into the house.

As reported by Omaha.com, a social worker wrote:

“Due to the persistent and pervasive pattern of concerning behavior and gang-related affiliation, I believe it is an immediate and urgent necessity that these children be placed outside of the parental home.”

The court records and social worker’s recommendation simply confirmed what many of us immediately and instinctively knew after stomaching the video. The boy was being raised in a toxic environment by immoral people who did not have his best interest, unless, the interest was being a thug.

The controversial video, and specifically, the 2-year-old boy, came to symbolize what the Omaha Police Officers Association termed, “the terrible cycle of violence and thuggery” that’s plaguing Omaha.

For the record, it was the toddler’s gangbanger uncle, and not the child’s father who created the video. The boy’s father, 17-year-old D’Marco Pope, was killed last spring in what police described as a gang-related shooting.

Before moving with his aunt, the toddler lived with his 38-year-old grandmother until she was arrested on weapons charges in December (2012). Five guns were discovered in the house. She’s still incarcerated.

On a related note, the grandfather is also incarcerated on weapons charges.

The family’s undying gang affiliation has resulted with them being targeted in two drive-by shootings.

Nebraska Families Collaborative, a nonprofit child welfare agency, became so concerned about the children’s safety that it twice helped (financially) the family move to escape the violence.

In October of 2012, their house was shot at with the toddler, his mother, and two aunts inside. A piece of shrapnel struck the boy’s foot, while his mother was hit in the shoulder, and an aunt struck in the abdomen.

The change of scenery didn’t translate into change of character. Once again, the children’s safety was jeopardized after gang members resumed their stopovers at the new home.

“The pattern of gang activity remains a part of this family’s lifestyle.”

Apparently, the well-meaning agency didn’t read my book, “The Un-Civil War: Blacks vs Ni**ers,”  which exposes this dysfunctional subculture within the Black community. Had they read the Un-Civil War, they would’ve learned that removing baby mamas from the hood doesn’t remove the hood from baby mamas.

Unsurprisingly, the family has been on the radar of Nebraska Department of Health and Human Services since June 2012. The monitoring started after the family reportedly left children unsupervised outside their home.

Police Union president John Wells explained that the combination of gun violence, the grandmother’s possession of guns, and gang members coming and going from the home justified placing the children in protective custody.

Understandably, this story has shocked many people; but to me, it’s just another tale from the hood.