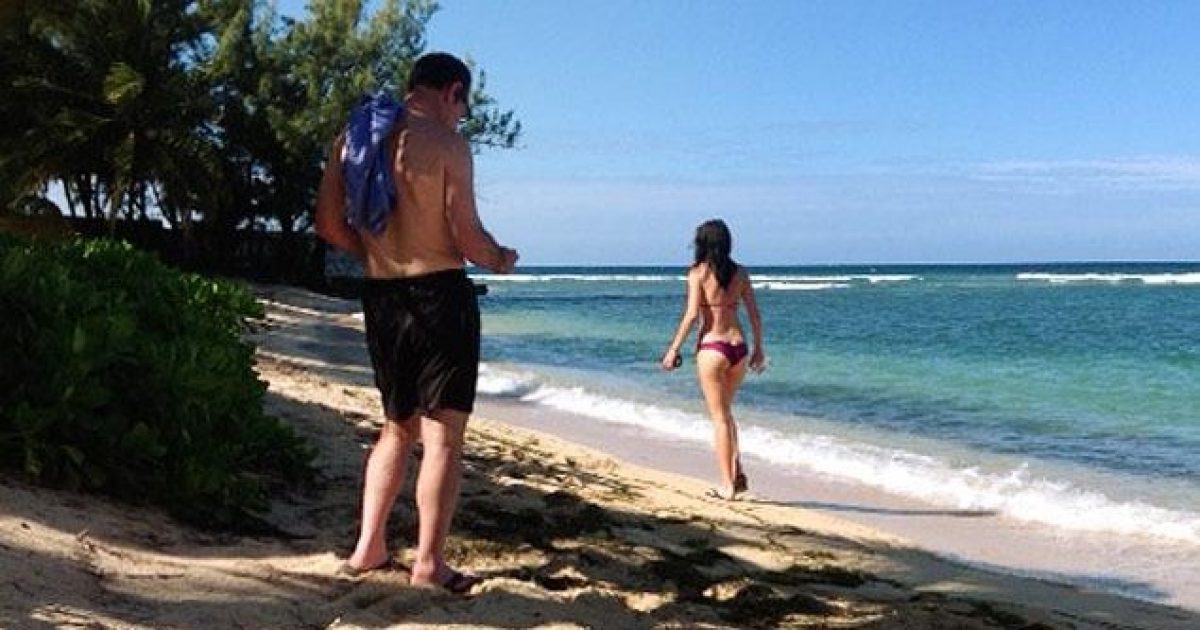 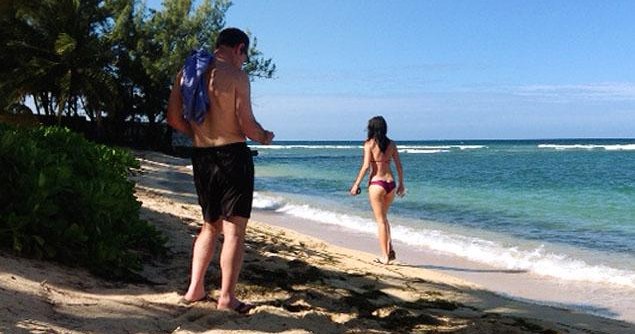 My, my, my, it seems we’ve traveled back to the days when former Clinton advisor/current political pundit Dick Morris was caught sucking the toes of a prostitute named Sherry Rowlands.

This time, the story was that the still married Eliot Spitzer, aka Client #9, who was previously thought to prefer romping in black socks, was caught sucking the sock-less toes of his mistress in a hot tub in Montego Bay, Jamaica.

As rumor has it, at the Half Moon family resort, in close proximity to a pool filled with children, an unidentified 10-year-old spotted former governor and Mayor de Blasio’s purportedly bare-breasted former spokesperson, Lis Smith, frolicking in a hot tub at 4:00 in the afternoon.

The poor kid got so scared he ran back to his parents and shouted, “Mom there’s an old guy in the Jacuzzi with this girl and she’s topless and she’s got her legs wrapped around him.”

When junior yelled, “He’s sucking on her toes!” other resort guests sauntered over to check out the view.

One witness who described the scene said that in addition to toe-licking, the couple, oblivious to those around them, fooled around as sleazeball Spitzer whispered God-knows-what into Smith’s ear.

Now the story is being debunked because based on a receipt showing the time and date the couple checked out of the hotel, it would be impossible for the whole seedy scenario to have taken place.

Nonetheless, Spitzer’s penchant for raunchiness is certainly well documented.  In 2008 after being caught with his socks down,Spitzer was  forced to step down as New York’s governor after citing “personal failings” in the form of cavorting with working girls from the Emperor’s Club call girl service .

Spitzer’s “private failings” included him spending over $80,000 for prostitutes over several years, first while attorney general and later as governor.

The most prominent woman in the scandal was a prostitute named Ashley Alexandra Dupré.

After Ms. Dupré’s tryst with Eliot at the Mayflower Hotel in Washington DC, future encounters allegedly included dropping in on  call girl Rebecca Woodard  who claimed in a book entitled “Call Girl Confidential,” that Eliot liked to choke her (dear Lord, hopefully not with those black socks).

Fast-forward five-plus years, and after announcing his divorce from long suffering Silda, Mr. Spitzer immediately took up with Lis Smith. Please note: Lis with an “s” is not to be confused with the “The Grand Dame of Dish,” 90-year-old gossip columnist Liz with a “z” Smith.

Besides being an assumed human pacifier, Smith is also a 31-year-old former aide to New York City Mayor Bill de Blasio.  Because of her undying fondness for black-sock wearing Client #9, Ms. Smith forfeited her chance to be de Blasio’s top spokesperson.

Not for nothing, but if this whole hot tub thing really happened, Lis must have really been caught up in the heat of passion to disregard small children being traumatized over the sight of a topless woman having her toes double as lollipops.

Now, after the fact, a Spitzer spokesperson   denies the account. “These assertions are totally untrue,” she said, “The couple both understand the scrutiny they’re under. That’s why they’re even more careful about their behavior. It makes [the rumor] even more ridiculous.”

What’s suspect is that for a short time on Saturday the day before the alleged incident took place, Spitzer and Smith take a dip in the poolside Jacuzzi.

What remains to be seen is who is telling the truth and whether or not the mistake was that they really were “spied frolicking” on Saturday when Eliot and Elisabeth were still on premises, instead of  Sunday, when the romantic duo had already checked out.

So in the end, Eliot Spitzer, the notorious lying cad, and his caddish love interest, a woman who has zero compunction assisting in the betrayal of Silda Wall, are maintaining that they did not partake in the hot tub caper, and instead claim that they already left the resort when the alleged sexcapade took place.

Another one of Spitzer’s pals pointed out:

This is a place where you have to wear long pants to dinner at the restaurant. There are, in certain areas, families with children. It’s inconceivable that any adult would behave that way.

Wait one minute! This is Eliot Spitzer we’re talking about here.  Does anyone really think Client #9 would let long pants get in the way of a good toe-sucking?

In the end, it matters little whether what took place was in a Jamaican Jacuzzi with Smith’s floatation devices floating free, and her lower digits stuck in Eliot the Lover’s maw,  or whether the couple were innocently lunching in Robbie’s Kitchen drinking Red Stripe beer and watching the Cincinnati Bengals.

Either way, the extramarital aspect of the notoriously lecherous Spitzer and the libidinous Smith romance, with or without the sordid Jacuzzi episode, is still scandalously indecent.