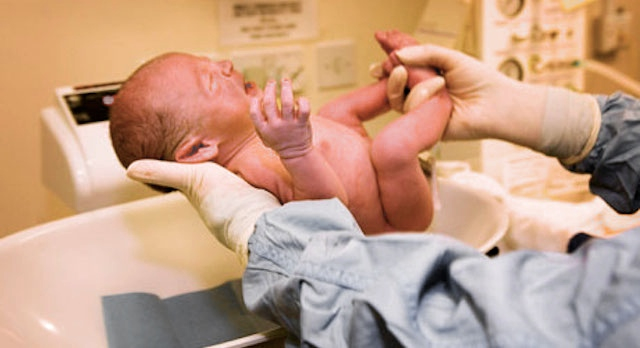 An uncomfortable phrase… albeit a true one.

When someone willingly kills another person for a reason other than self-defense, it is, by definition, murder.

“the crime of deliberately killing a person”

In a civil society, when one person murders another, the killer is tried and punished as a murderer according to the law.

In a civil society, when others stand by and watch a human murdered, give aid to the killer, or attend without some semblance of intervention, they may be tried and punished as an accomplice to murder according to the law.

And abortion is murder. Murder where no civil punishment exists. The perfect crime.

Watch this undercover video filmed secretly at the Family Planning Medical Group in Phoenix, Arizona. If this does not chill you, if this does not touch your heart and soul, please check your pulse.

We believe because we are uninvolved that we are somehow unaccountable. Yet the lack of acknowledgement of a crime taking place under your nose does not make that crime go away.

It only proves your willingness to accept evil in its purest form. That indifference proves you are comfortable with a sin being perpetrated on another as long as you don’t have to hear the cries for help.

But wait. There are no cries for help because this victim is normally too small and helpless to cry out for their own existence. And that is a crime in and of itself.

As Christians, it’s easy to blame the government which passed the laws.

Or the would-be mothers who consent to the atrocity.

Or maybe blame the doctor who tears the child apart in the womb… even many times leaving it alone to breathe its last breath on a sterile, steel table.

But casting blame would be too easy.

I’m speaking to believers in Jesus.

If you want to make America great, if America is to escape judgment, we must be willing to accept the mantle of responsibility.

Otherwise you may as well wield the scalpel personally.

This day I call the heavens and the earth as witnesses against you that I have set before you life and death, blessings and curses. Now choose life, so that you and your children may live