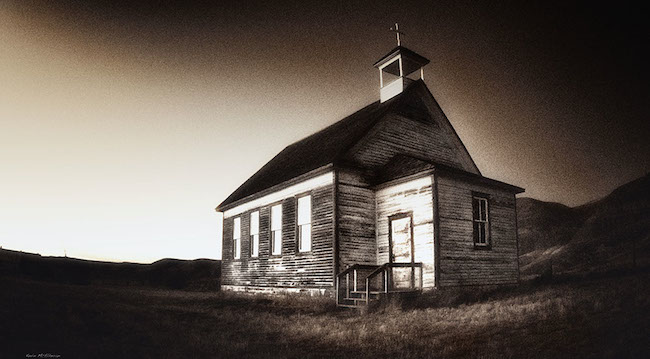 I’ve long been told that I live in the least-churched section of the country (the Pacific Northwest). I have also been told we are the one section of America that experts describe as “accent-neutral.”

So, though I myself am a women of faith, it would seem the majority of inhabitants in this area ignore God and have bland phonetics.

Now Barna and the American Bible Society have published an interesting study. Read and view the map to determine where your city falls on the “Bible-minded” scale!

Cities have spiritual temperatures.  So suggests a recent joint study from the Barna Group and the American Bible Society which ranked 100 cities on their “Bible mindedness.”

Now let’s back up. We know from the Bible that cities have spiritual temperatures. Babylon was a city-state in Mesopotamia which destroyed Jerusalem. It came to personify rebellion against God. Whereas Jerusalem was the city of God, where his temple was. So Babylon had one temperature, Jerusalem generally had another. 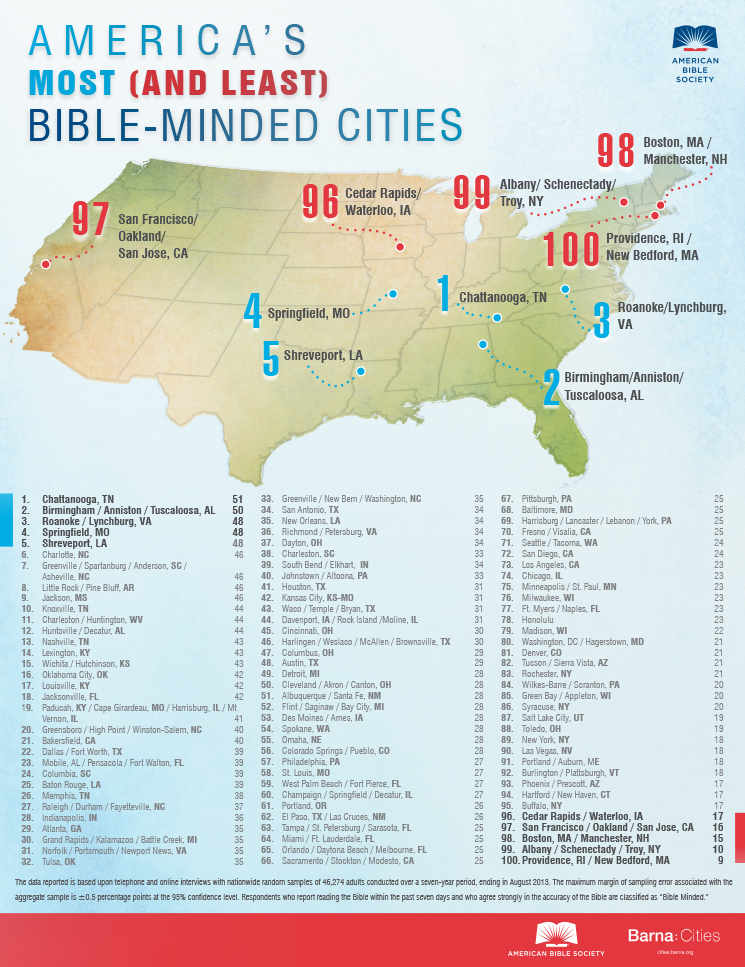 But actually, it’s not that simple. Because the Bible portrays Jerusalem itself in many different spiritual states. Under David it was a united and spiritually vibrant, but by Zephaniah’s day Jerusalem is described as a rebellious, defiled and oppressing city.