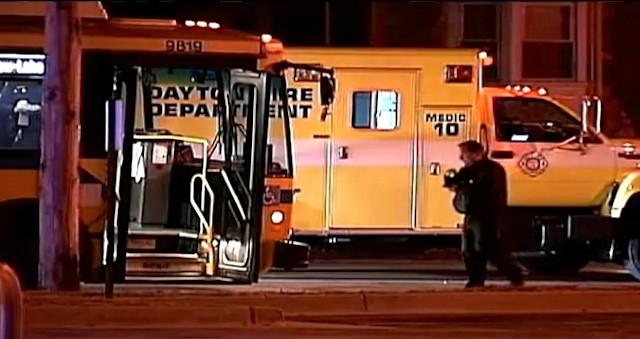 Degenerate gang members attacked a Dayton bus driver, and police believe that he barely got away with his life because of one little inspirational book he happened to carry in his pocket – the Bible.

49-year old Rickey Wagoner had stepped outside his bus to see why it had stopped running, when three cowards accosted him. When he turned to face his attackers, two gunshots pounded in to his chest. Though he was hurt, he lunged at his attackers, grabbing the gun, but the assailant was able to shoot him once more in the leg.

As he fought for his life, one of the other degenerates stabbed him in his arm, but he was still able to strike back with a pen he found in his pocket, stabbing one of them in the leg. After they ran off, and police attended to him, they discovered what had prevented the bullets that struck him in the chest from killing him – a copy of the Bible.