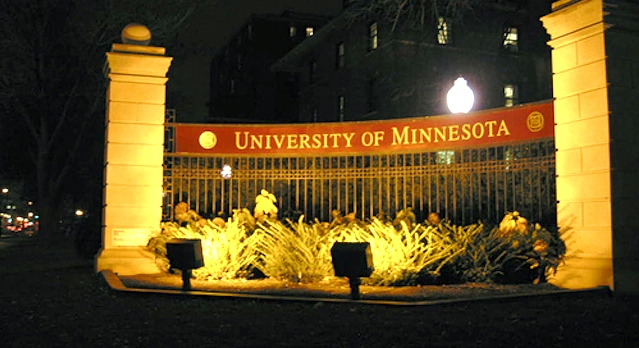 The University of Minnesota, like almost every state university in America now-a-days, has its nests of political correctness, often to the detriment of the students.

If the University of Minnesota permitted its Black Student Union to write the school’s crime alerts, the alerts would probably read like this:

“A homosapien has allegedly committed a crime on or near the university…Vigilance is advised.”

The crime alert would also be accompanied by an apology that expressed deep sorrow to any homosapien offended by the posting.

The UMPD’s webpage explains that the alerts simply highlight “crimes that may pose an ongoing threat to the University community.”

Unfortunately, their remedy wasn’t to address the unrelenting Black crime, such as robberies, which have increased twenty-seven percent on and around the campus. Instead, their solution was to merge with other Black-identifying groups, and petition the University to remove race from crime alerts.

As reported by CBS Minnesota:

The organizations wrote that while campus safety is crucial, the profiling can be devastating for black male students.

“[We] unanimously agree that campus safety should be of the UMPD’s utmost importance; however, efforts to reduce crime should never be at the expense of our Black men, or any specific group of people likely to be targeted.

In addition to causing Black men to feel unsafe and distrusted, racial profiling is proven to inflict negative psychological effects on its victims.”

In spite of being the first and only race to ever request that the University race-censor its crime alerts, these Black organizations evidently have no issue with emphasizing race to identify their respective groups. Yet, race is taboo when identifying Black criminals.

The President of the Black Men’s Forum said that members of his organization feel threatened whenever racial descriptions are provided in crime alerts. Again, the Black criminals created this reality, not the University. But the Black campus organizations characteristically mislabel criminal profiling as racial profiling.

Admittedly, I’m no social engineer. But, in three words, I’m going to provide some ingenious advice that would prevent us Blacks from being disproportionately mentioned in crime alerts, and nationwide police reports. Hopefully, Blacks will heed this simple truth.

Coincidentally, these three words can also be used to reverse Black overrepresentation in prisons. 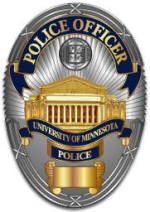 The letter of complaint, which really should’ve been written to Black criminals, also contained twelve recommendations for the UMPD, including mandatory diversity training for officers.

The Vice President of University Services, Pamela Wheelock, recently responded to the grievance letter, and utilized common sense to end the discourse. Naturally, the Black organizations, and PC gods were disappointed with her for placing campus safety over political correctness.

The information we share can include a complete description of suspects, unique identifying characteristics such as an accent or a distinctive piece of clothing, or the description of vehicles involved.

We have reviewed what other Big Ten Universities and local colleges and universities include, and our practice of including the race of a suspect when it is available from a victim’s description is consistent with their practices.”

With the no-snitch mantra governing urban landscapes across America, the Black community should mimic the University of Minnesota’s approach to crime.

And even though the University maintained its position on race-censorship, the Black organizations can still celebrate the fact that the mainstream media often censors race, especially when reporting on “teen” flash mobs and “juveniles” playing the Knockout game.

Taleeb Starkes is the author of an Amazon #1 Best Seller that confronts the subculture within the BLACK community titled, “THE UN-CIVIL WAR: BLACKS vs NI**ERS.”  Follow @TaleebStarkes on Twitter