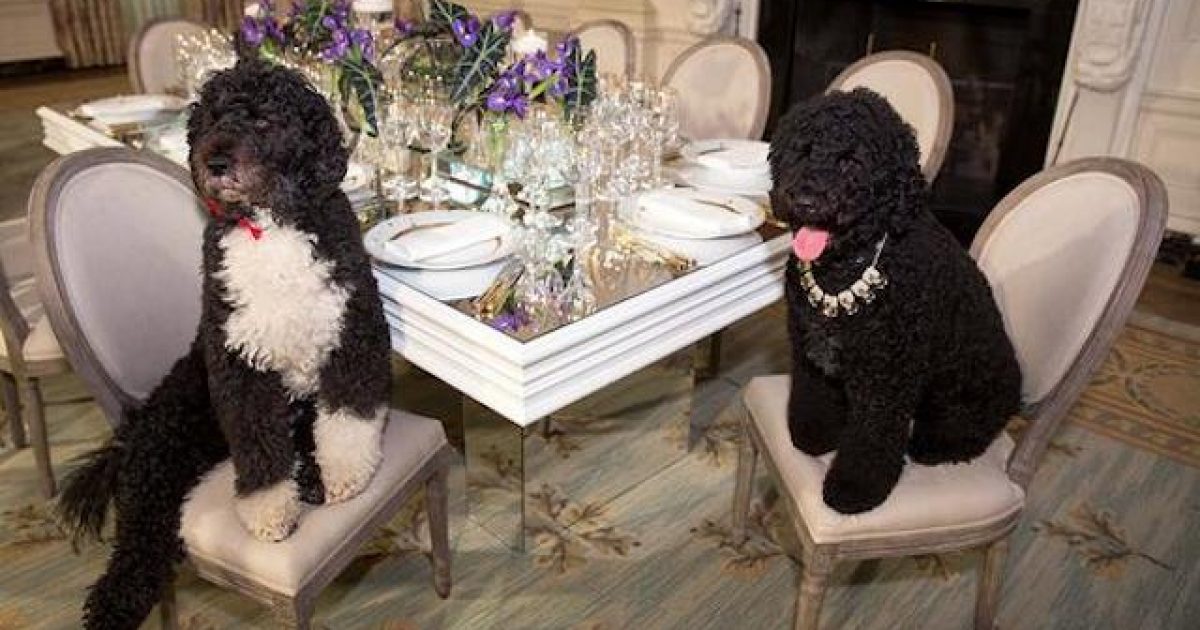 As the American people suffer in desperation, Mrs. Obama did something that was the epitome of insensitivity.

Clearly bored, Michelle decided it was a quaint idea to tweet a picture of Sunny and Bo sitting on their furry haunches at a lavish table set with flowers and china.

What message should the peons outside the gate take away from the FLOTUS “Bone Appétit” tweet? Could it be that, unlike the people who are struggling to get by, the Obama family dogs live life in the lap of luxury? Or is it: Americans work like dogs so dogs can eat like royalty? 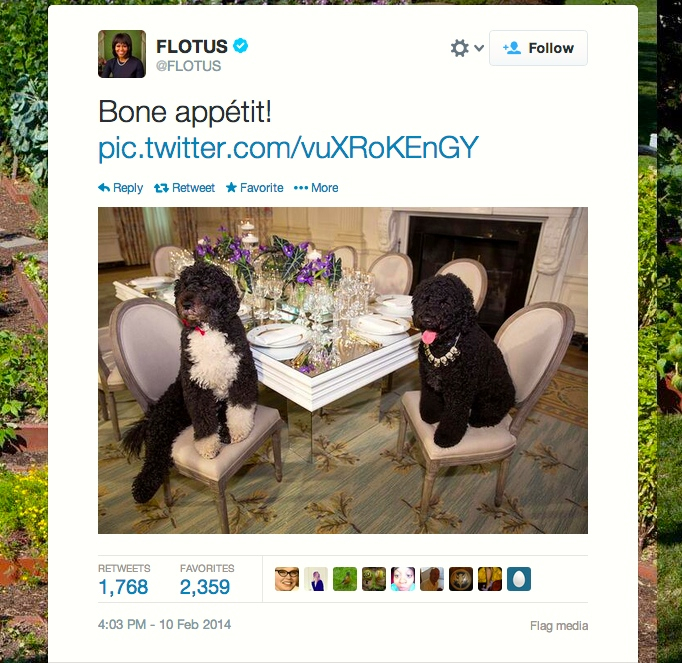 Regardless of the intent, what the communiqué suggests is that the first lady is either a spiteful, arrogant prig, or she’s completely clueless.

Nonetheless, as a ‘teachable moment,’ maybe it would help to put the whole royal-dogs-being-pampered concept in historical context.

Ironically, the State Dinner Bo and Sunny were anticipating was in honor of French President François Hollande. In the country Hollande leads, way back in 1792, much like Michelle, there was another thoughtless woman in a position of power that treated her dogs better than she treated suffering people. 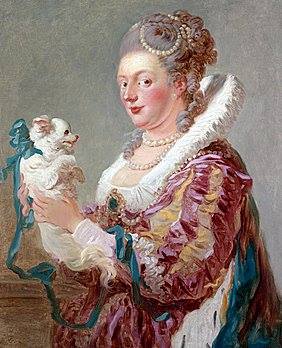 Surely, if Marie Antoinette were here, she and Mrs. Obama could have sent a group tweet of their pooches sitting at the table, licking off the china after feasting on cake!

In the end, from the looks of things, as it was then, it is now. Let them eat cake. *sniff*