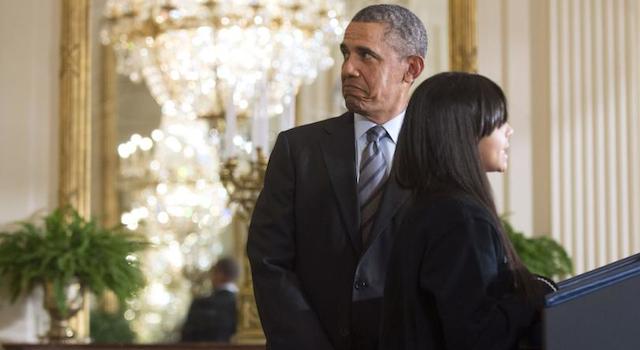 The man with more broken promises than all modern-day presidents now presents America with “Promise Zones.”

In a retread of two other great Democrat racists, FDR and LBJ, BHO gives America more of the same. So much for “Change you can believe in.” Obama’s promise zones are little more than the continuation of FDR’s big government socialism, teamed with the broken promises of LBJ.

LBJ fought the war on poverty. $20 trillion “invested,” and America has more people on welfare than at any time in history. Worse yet we have a government that is proud that the welfare rolls are expanding.

At a time in America when we have a black president and more money and Great Society programs targeted at blacks, blacks are worse off than we were in the ’60’s. That’s just what LBJ intended, as he confided with two like-minded governors aboard Air Force One, touting his intentions for The Great Society.

“I’ll have those niggers voting Democratic for the next 200 years.” – Lyndon B. Johnson

What the Great Society has given Liberal blacks in America is the ability to belly-ache about everything. Instead of using the programs for empowerment, and leap-frogging ahead of others, black Liberals used these programs to become complacent. LBJ knew this would occur and promised:

“These Negroes, they’re getting pretty uppity these days, and that’s a problem for us, since they’ve got something now they never had before: the political pull to back up their uppityness. Now we’ve got to do something about this — we’ve got to give them a little something, just enough to quiet them down, not enough to make a difference.” – Lyndon B. Johnson

Barack Obama doesn’t have the ingenuity for new ideas, and so he has borrowed from the failures of the past.

In this series of Broken Promise Zones, I will explore Barack Obama’s plagiarism of racist LBJ, and the fact that Obama’s Promise Zones are little more than additional ways for the Left’s continued extortion of America.