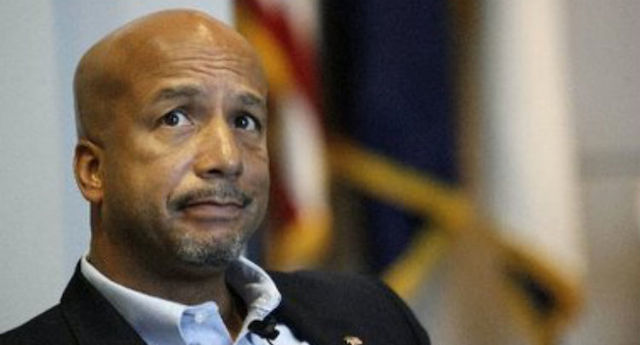 Yawn. Mayor Ray Nagin, a black, Liberal, sellout politician has been revealed to be crooked.

Let’s face it — black Dems are sellouts. They are all being bought and sold. The Democratic Party welcomes you to modern-day slavery.

Unfortunately for Mayor Nagin, he wasn’t in the Barack Obama inner circle, that safety zone where sycophant fawning reaps LOTS of money and no chance of jail time.

For those of you who don’t remember his CAMPAIGN PROMISES, 12 years ago Ray Nagin made a bold pledge to reform l in New Orleans’ crooked City Hall. Remind you of anybody?

He is the first mayor of New Orleans ever to be tried and convicted on corruption charges. A federal jury found Nagin guilty on 20 of 21 charges, alleging that he traded official favors for cash and gifts from city vendors.

Of course the convictions are not legit, because Nagin is black, and therefore incapable of corruption, right?

Nagin is just another example of black “leadership,” and a man that silly Leftist Negroes will support until their dying day. I’d be willing to bet that there are contingents of blacks who await Nagin’s release from prison, so they can help with his re-election campaigns.