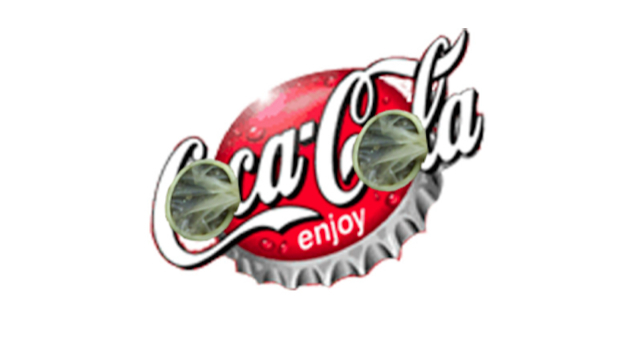 Michelle Obama and Agriculture Secretary Tom Vilsack (the food stamp guy) are at it again, and Coca-Cola is in the cross-hairs!

This time the “Smart Snack Squad” are “straining out gnats and swallowing camels” by announcing and instituting “school wellness standards” that focus only on food.

In conjunction with the U.S. Department of Agriculture’s (USDA) “Smart Snacks in Schools,” regulations mandated by the first lady’s Healthy, Hunger-Free Kids Act of 2010 are in the process of being instituted.

What does that mean?

It means that the same people who feel it’s necessary to make sure school kids get free condoms are about to dictate how food can and cannot be marketed on school premises.

Snacks deemed “unhealthy” by Mrs. Obama and the feds are henceforth banned in perpetuity from public school grounds. So the condom machines can stay, but the First Amendment and the soda machines must go.

About the proposal, a representative of the USDA had this to say:

“Ensuring that unhealthy food is not marketed to children is one of the first lady’s top priorities; that is why it is so important for schools to reinforce the importance of healthy choices and eliminate marketing of unhealthy products.”

The proposal does allow the promotion of food and drink products, but only those that meet snack standards, which includes nothing besides “plain water…unflavored low fat milk,” and 100% fruit juice.  Yippee!

Thankfully, high school students (who the snack standard posse has no objection to having sex in the school parking lot during recess or getting a ride to the abortion clinic in the school van if need be) can only have soda that has fewer than 60 calories.

So, along with the Bible, patriotic t-shirts, and Pop Tarts that can be chewed into the shape of a handgun, brand name snack treats are now barred.  No more Coca-Cola or Pepsi in vending machines or anywhere else, including book covers and computer screensavers.

“[The] USDA is committed to working closely with students, parents, school stakeholders, and the food and beverage industries,” said Tom Vilsack, “to implement the new guidelines and make the healthy choice, the easy choice for America’s young people.”

Michelle ‘Food Cop’ Obama had this to say about the proposal:

“The idea here is simple—our classrooms should be healthy places where [after sex education class] kids aren’t bombarded with ads for junk food.”

Mrs. Obama was adamant that school, where every other religious and moral conviction imparted by a parent is undone, shouldn’t be a place where, “When parents are working hard to teach their kids healthy habits at home…[it]… shouldn’t be undone by unhealthy messages at school.”

The obvious contradiction here is that liberals like Michelle Obama and Tom ‘Food Stamp’ Vilsack are busy policing food ads and directing food choices, but ideologically the group they run with simply refuses to address the sexual activities of school-aged children.

The argument is that sex is a primal urge, and kid’s are gonna do it anyway.  Oh, so that’s why it’s all about the snacks and never about the sex.

Follow me on this one. Is there any more primal a drive than the will to survive? And isn’t it true that in order to survive one needs to eat?

Which poses the question: Why do liberals make the effort to control food promiscuity in children but absolutely refuse to address underage sexual promiscuity?

If influencing kids to make “healthy choices” simply entails limiting messages that sell unhealthy food and beverages to children, why not experiment with limiting all those government-approved messages that encourage young people to behave immorally.

What is worse for an emotionally and physically immature kid underage sex, or a can of Pringles and a Mountain Dew?

It’s obvious that liberals like to pick and choose what guidelines to promote to ‘help’ America’s young people make the “easy choice” to do what’s right.

If sexual behavior cannot be controlled then neither can food choices.

But if food choices can be controlled, which is what Mrs. Obama claims, then liberals could also stress making moral choices – but don’t!