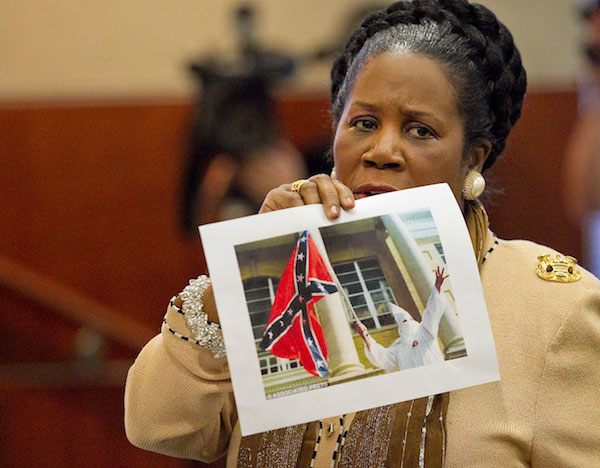 Black Liberals are easier to train than children. Ring certain bells and they salivate like Pavlov’s dogs.

Georgia officials approved a specialty license plate that features the Confederate battle flag. How long do you think it took for the “civil rights advocates” to end their tea break?

Don’t expect these race pimps to get upset about the black people killing other blacks, when there is a LICENSE PLATE TO PICKET!

The claim is that the license plate is a reminder of slavery, Jim Crow, and the Klan…all DEMOCRAT institutions.

What race-baiting black Liberals want is the complete white-washing of white Southerners’ past. Forget your history, abandon your heritage, because it any part of it is tainted in today’s politically correct world.

The Catholic church had the Crusades, Germany gassed the Jews, and so on. For blacks, no harm no foul, at least not when there are Southerners trying to be proud of their heritage.
Not knowing one’s heritage can allow you to create whatever you background choose. It’s convenient for Liberal blacks to forget that Africans were sold into slavery…by other AFRICANS. And nothing has changed.
Modern-day slavery black slave owners — black Liberal “leaders” like the Congressional Black Caucus (CBC) — are the new Anthony Johnson’s (the first slave owner in America, and he happened to be black).

The CBC sells more blacks into slavery than all the African tribes combined.

Blacks seem to be proud of this heritage of blacks selling other blacks, embracing “African” in front of American, though 99.9 percent of blacks have never been to African and can’t tell you from what tribe they descend. 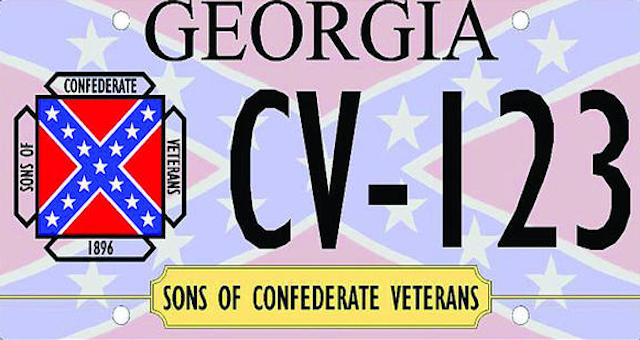 “To display this is reprehensible…We don’t have license plates saying ‘Black Power.'”

Just to be clear, this license plate doesn’t say “White Power,” though Eaton would certainly love for people to imply that. While on the subject of Black v White, here is a short list of what Maynard doesn’t feel is reprehensible:

Except for the racist Southern Democrats, the average Southerner has no concern with oppressing black people. They understand what black ball players have done for the SEC sports programs, and enjoy the shared heritage of soul food and Southern cooking.

Frankly, if there was no money in promoting racism, black race-baiting morons wouldn’t say a word about this license plate: they would taut green energy or pick on charter schools.

The indisputable fact is, black people have much larger issues to worry about, than a flag on a license plate.

I’d say the biggest problem in the black [Liberal] community is having to support the most worthless president in history. This black president who has done more harm to the black community than all the circa 1860 and circa 1960 Southern racist Democrats combined, and 1000 license plates.

But don’t expect racist black Liberals to blame Obama for anything soon. They will just keep listening for Pavlov’s bell.