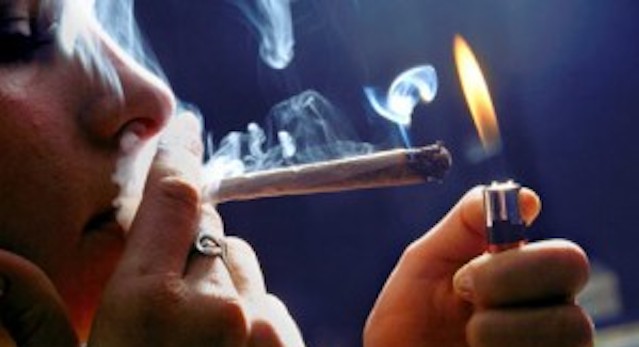 Liberals are going to choke on their Chunky Monkey marijuana cookies, because just when the party was getting started, a study comes out that says car crash fatalities involving pot use have tripled in the U.S.

Surprisingly, the study found that smoking accidents are not exclusive to any one age group or gender; driving while high on marijuana occurred across all ages for both males and females.

Based on data gathered from California, Hawaii, Illinois, New Hampshire, Rhode Island, and West Virginia –six states that perform toxicology tests on victims involved in fatal car accidents —  out of 23,500 drivers that died within one hour of a crash between 1999 and 2010, alcohol contributed to about 40 percent of traffic mortalities, and one of nine of the drivers also tested positive for marijuana.

According to Dr. Guohua Li, director of the Center for Injury Epidemiology and Prevention at Columbia University’s Mailman School of Public Health:

“But,” Li pointed out, if the “driver is under the influence of both alcohol and marijuana, their risk increased to 24 times that of a sober person.”

That statistic doesn’t bode well for teetotaling drivers, because drinking and smoking pot has become the norm.  Smoke a little, drink a little, and then smoke a little more.

Instead of saying ‘the devil made me do it,’ pot smokers involved in fatal accidents being rushed to the Trauma Center can now tell the attending physician before losing consciousness that ‘the president made me do it.’

Jonathan Adkins, deputy executive director of the Governors’ Highway Safety Association, said that marijuana impairs driving in much the same way that alcohol does and that the legalization of marijuana in some states makes these findings important to traffic safety officials.

“It’s a wake-up call for us in highway safety.”  Why?  Because “the legalization of pot is going to spread to other states. It’s not even a partisan issue at this point. Our expectation is this will become the norm rather than the rarity.”

And so, as legalized Reefer Madness sweeps America, for non-tokers, driving to work and the grocery store just became more dangerous.