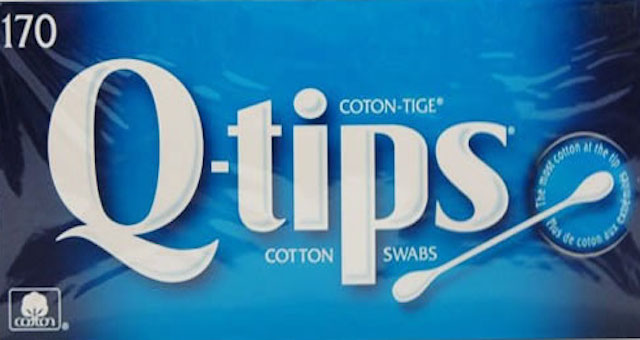 Many questions abound concerning the shadowy figure know to many as: Barack Obama.

Things like his birthplace, college grades, prior health issues, and in some circles even sexual orientation.

As scientific study progresses there’s a good chance at least one of those questions could be answered — namely the last one.

At the Monell Chemical Senses Center, in the City of Brotherly Love, also known as Philadelphia, researchers analyzed earwax. The experts found that earwax, the pesky “neglected body secretion” that ENTs usually deal with, holds “volatile organic compounds” (VOCs) that could be a treasure trove of useful information.

In a press release, George Preti, an organic chemist at Monell, and author of the study, had this to say about earwax:

Our previous research has shown that underarm odors can convey a great deal of information about an individual, including personal identity, gender, sexual orientation and health status. We think it possible that earwax may contain similar information.

What’s exciting about this study is that a simple Q-tip could finally answer some of the urgent questions surrounding our revered leader.

If these researchers are right, a simple stick with a cotton tip has the potential to unlock secrets, quash rumors, and disclose the background of the big-eared man of mystery.

The problem is that there is no way to get into Barack Obama’s private quarters, let alone his ears.

It would be highly improbable that one could gain access to the tiny waste basket in the president’s bathroom.

And next to impossible to have sufficient time to root around under rolled up toothpaste tubes, wads of chewed up Nicorette, disposable Good News razors, and other various and sundry grooming utensils.

Yet all is not lost!

Granted, snatching a Q-tip used by the president is most assuredly an impossible mission for most, there is always the Dali Lama

In 2010, when there was still snow on the ground, the Tibetan spiritual leader paid a visit to the White House to meet with President Obama.  For some unexplained reason “His Holiness,” white socks, flip-flops, Buddhist robe and all was escorted from the premises, out a side door, directly past a huge pile of garbage.

Now if the Dali Lama could only be recruited to drop by the White House unannounced, insist on exiting the same door, grab a couple of bags of garbage, and drag them to his car.

The odds are good that somewhere in Barack’s rubbish at least one wayward Q-tip could be holding the answer to one of the most pressing of America’s questions.

Until then, America is stuck paying a mysterious Commander-in-Chief $400K per year to ruin her healthcare, her economy, her reputation and her military. Such a deal.