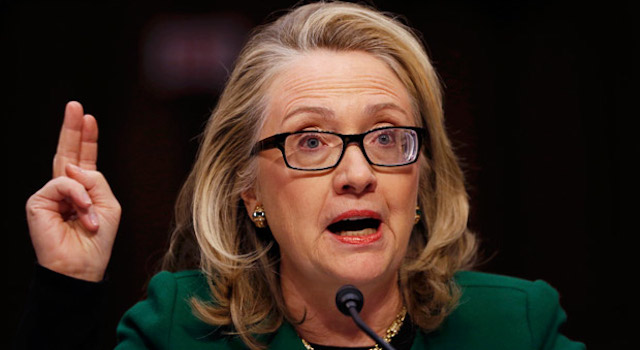 Hillary Clinton was interviewed recently on CNN, and asked if she had any “do-overs” as Secretary of State. In other words, regrets.

“My biggest regret was what happened in Benghazi…it was a terrible tragedy, losing 4 Americans…”

A tragedy? Excuse me?

Let’s revisit the reality at the time:

Over the…14 months [prior to 9/11/12] there had been some 230 attacks against US and ally installments in Libya, 48 of those against Benghazi, and yet repeated requests for additional assets were refused.

It is obvious to all but the most obtuse that Obama’s foreign policy of placation and withdrawal dictated the placement of assets, rather than the reality as understood by the diplomats and SST in country.

Regrettably, State, and most likely the White House, were aware of increasingly violent attacks on Americans, their allies and their interests in Libya over the past 14 months, but did nothing to increase security.

Ms. Clinton, the loss of 4 good and brave Americans at the Benghazi compound was far more than a tragedy! It was, in fact, an avoidable SNAFU and heinous loss of life of the highest order!

Had you done your job — you and our lying Commander-in-Chief — the additional assets requested in the year leading up to 9/11/12 would have been deployed, and the flimsy US Installment in Benghazi fortified against predictable terrorist attacks. Period.

Ah the fine art of the rhetorical question.