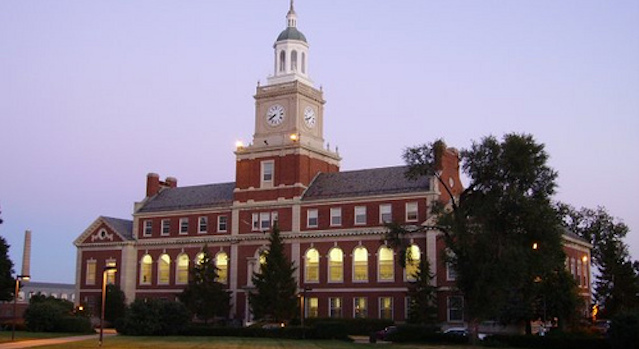 The great history of Historically Black Colleges and Universities (H.B.C.U.’s) is coming to an end.

How can you want diversity on one hand, and maintain segregated schools?

I’m sure there are many white people who would have loved to attend these hallowed institutions, to walk in the footsteps of some of America’s greatest leaders. By exposing white kids to these schools, the H.B.C.U.’s could have done more to stem the cries of racism than any other entity.

I remember my reaction when I learned more about black history than I had been taught.

Instead however, H.B.C.U.’s, for the most part, are the most segregated colleges and universities. How ironic is that?

And it is that very segregationist attitude that has black people suffering the most.

Black people have practically insulated themselves with black radio stations, and black TV channels. These are mostly enjoyed by blacks, though some non-blacks provide a smidgen of listener/viewership.

We have black music, and for the first time since the invention of hip hop, there was not a single black artist with a #1 record on the hip hop charts.

There are black events where black people go almost exclusively, meaning non-blacks don’t dare go.  We have black history month, and there is a black agenda. All of this has gotten black people black neighborhoods led by black “leaders,” the most notable of which is the black president.

With all this blackness, you’d think black people would be feasting. Yet, black people are suffering mightily.

IT COULD BE SAID that Dr. Wayne A.I. Frederick, acting president of Howard University, was to the manner born. On his birth 42 years ago in Port of Spain, Trinidad, his mother had already determined he would follow in the footsteps of the man she admired most: Eric Williams, who before leading Trinidad and Tobago to independence from Britain had taught at Howard.

Dr. Frederick, who was provost until this appointment, wants to ensure that Howard remains true to its mission: preparing African-Americans to be leaders. The Mecca, as students refer to this epicenter of black scholarship, has produced more African-American Ph.D.’s, lawyers, engineers and architects than any other institution.

But Dr. Frederick must confront a complex of uncomfortable realities, some brought on by the economy, some by financial mismanagement and board infighting, and some by the nation’s diversifying landscape.

Historically black colleges and universities, known as H.B.C.U.’s, once held a monopoly. Today, they struggle to compete with elite colleges that have stepped up recruiting for the best and brightest black students. Howard admitted almost 60 percent of applicants last year; among current freshmen, the top 25 percent in SAT math and reading scored 1190 and up; 15 years ago the threshold was 1330.

Sadly, what began as a very good undertaking — providing higher education for blacks in America — has become a stagnant and dying institution.

Historically black colleges and universities, by their very nature and exclusiveness, have fostered a worldview replete with race segregation…that original condition they had hoped to end.