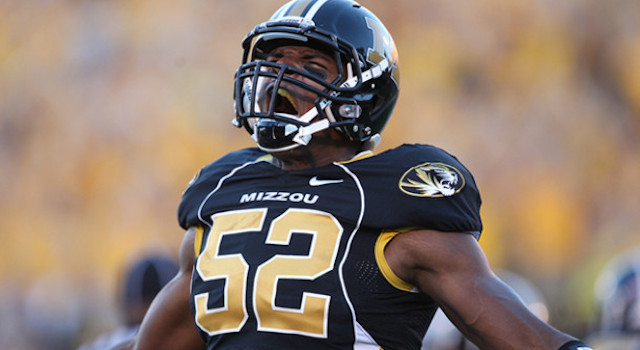 We may very well be a nation of cowards, because we certainly have become a nation of “come out gay.” And gays are cowards.

Gays hide their sexuality, and blame us for not allowing them to come out. Then they have to the nerve to compare gayness to blackness.

Memo to the gays: unlike gays, black people are not forced out, we are out. We cannot be cowards living duplicitous lives.

We can’t fake it, when some alabaster princess “Daddy’s girl” decides to play “Guess who’s coming to dinner?” with her family.

“No, I’m not really black, I just look this way to protect your daughter from other blacks, Sir…They’re everywhere!”

As for closeted gays, the fact is much of the time we already know they are gay. They think they are so sneaky, as they display their feminine side (or masculine side for the Lesbians). We’ve accepted them for who they are, and most of the NOT Gay find the closeted gays’ attempts to cover up who they really are quite humorous.

Why not be openly gay in 2014? The world celebrates everything gay!

My bet is half the people who claim to be gay are NOT Gay, but understand the perks of claiming to be gay.

Oh sure there are pockets of gay discrimination. For example, I understand that gay people are not allowed in Aryan biker bars. Further, unless there has been a rule change, the Mafia still hasn’t relaxed its views on “booty bandits.” So discrimination does exist…for the gays.

Now the gays don’t discriminate with their “gay” bars and open advertisement of the “gay” flag (those punks think they have stolen the RAINBOW!), which is essentially a sign to say, “NOT Gay’s Keep Walking.”

Whether it’s two men having a house built by theProperty Brothers, or two Lesbians on House Hunting, the gay agenda has been in vogue for some time.

There are untold numbers of gay men playing straight parts in Hollyweird. Eric Holder has overturned states rights by saying that all states will recognize gay “marriage” in Federal court and Obama sent a gay delegation to Socchi to make sure we get the point.

I guess the overturning of “Don’t ask, don’t tell,” federal mandates about acceptance of all things gay in the workplace, and the attack on the Defense of Marriage Act wasn’t enough?

If Obama worked a fraction as hard on creating jobs, as he has on the gay agenda, we’d all be happily unemployed, on welfare and enjoying ObamaCare, as all the gay people in Hollyweird supported our lazy NOT Gay unbruised butts.

There is a new reason to celebrate gaiety. America has our first openly gay NFL prospect.

Finally, the NFL has broken the gender barrier, and embraces its first openly gay potential NFL player. Put another way: the NFL could actually knowingly draft a gay player!

It gets better. Because America, the gay agenda, and the NFL get a bonus…the player is BLACK!

Holy mother of all things sacrilegious, we get a two-fer! Who knew that it would be a black gay guy to break the tolerance barrier in the NFL? Black, sure. But black AND gay. The NFL is showcasing the essence of tolerance.

Missouri football player Michael Sam decided to “reveal” that he is gay. Why? Because being gay is important to the sport of football, silly! It’s important to make a manly sport all about “being gay.”

See, look at me, I’m a punk and I can play football.

I know people will say, “Kevin, he didn’t do it for the fame; he was just making a point.”

Ok, and did you know who he was before the mention of his sexuality? Had he not mentioned his sexuality, would you have known who he was? No you wouldn’t, Jason Collins.

Unless something changes, I see Butch Lesbian Beauty Pageants in the future, because being gay is the “in” thing.

Hey gay people, I heard that George Bush is GAY!

There. That ought to put an end to all this nonsense.