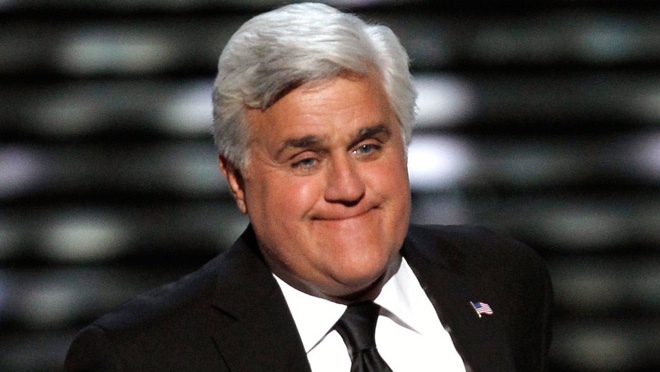 Even though Jay Leno was telling politically incorrect jokes like this:  “Obama’s better off smoking crack than passing Obamacare,” the funny man still reigned as the king of Late Night television.

After more than two decades,  Jay really didn’t want to spend his time  in an airplane hanger polishing his 100 cars and 30 motorcycles just yet.  It didn’t matter, for a second time, NBC asked The Tonight Show host Jay Leno to step aside.

The reasons given: A fresh new face, time to pass the baton, time for the old guy to give the young guy a shot at sitting in Johnny Carson’s chair.

So here’s the question:  Are jokes like these the reason Jay Leno was pushed aside?

In the same vein, is  this why Jimmy Fallon now has Jay’s job?

No one knows for sure, but isn’t it a question worth asking?

Jeannie hosts a blog at www.jeannie-ology.com