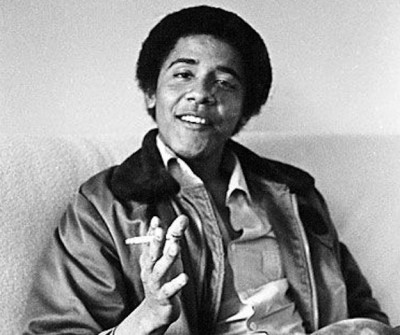 Why are legislators rushing to propose the legalization of marijuana? What’s with the sudden urgency to make recreational drug use legal?

To understand this, I believe we need look no further than Karl Marx.

“Religion… is the opium of the people.” ~Karl Marx

One thing all good Communists understand is it is easier to control people when they’re weak, ignorant or apathetic. Controlling Christians however can be problematic at best.

While some Christians interpret the message of the scriptures as one of subservience and weakness, many others understand the power they possess as believers. They take the Moses approach of being willing to fight for freedom from oppression (our Founding Fathers took note).

Still yet another problem posed for politicians is that religion (or Christianity, in particular) when read correctly establishes guidelines for them as well as the people.

So, with religion being an increasingly hard entity to predict and control, I posit that politicians have begun to embrace yet another theoretical control agent; that being prescription and illicit drug usage.

Opioids, depressants, and stimulants are being prescribed at an ever-increasing pace even though the side effects are often worse than the condition for which they’re prescribed. In many cases, the patient is left addicted to the very medicine meant to make them better.

In America, 6.4 million childrenare currently being given drugs for the treatment of ADHD. This number constitutes a 41% jump over the past decade. Millions of children and adults find themselves addicted to pain killers and mind-altering drugs. As a result, the populace becomes increasingly susceptible to external control and manipulation.

Which brings us to the recent call for legalizing marijuana.

What began as a push to use marijuana for strictly medicinal purposes has proven to be a straw-man argument. The slippery slope has proven to be a well-greased slide. It wasn’t long ago that drug usage in America was considered immoral.

Now, with the massive drive to mainstream weed, the morality issue has faded. Human nature often equates “legality” with “morality” instead of understanding what is legal is not necessarily moral (see, “Slavery”).

It doesn’t help that our President, Barack Obama declared:

“As has been well documented, I smoked pot as a kid, and I view it as a bad habit and a vice, not very different from the cigarettes that I smoked as a young person up through a big chunk of my adult life…

Marijuana is no more dangerous than cigarettes or alcohol? His statements completely ignore all studies to the contrary!

Flash-forward to 2014. Suddenly we see the following statistics (keep in mind these numbers originate from “The Weed Blog”):

Colorado and Washington have now legalized marijuana; not for the false premise of medicinal use but for recreational use. Already, we’re seeing the problems with legalization in Colorado. From children coming to school stoned (middle school, etc), to those returning from lunch reeking of pot.

Behavioral problems, traffic incidents related to driving stoned, children becoming ill from the ingestion of pot-laced candy. Not to mention the long-term, irreversible, destructive effects of marijuana on a young, developing mind.

I’m not so naïve as to believe control is the only reason for this. Any legislator worth his salt would sell his grandmother for a chance to tax vice.

But, while revenue is always a consideration the ability of those in power to control constituents should not be overlooked. Especially given what we’ve seen from the Obama administration. Remember: Not all politicians are driven by money. Many are driven by the prospects of power and control.

What you have to understand is that if they can drug you, they can control you.

(CAUTION: Legalizing pot can lead to the belief there are 57 American States)