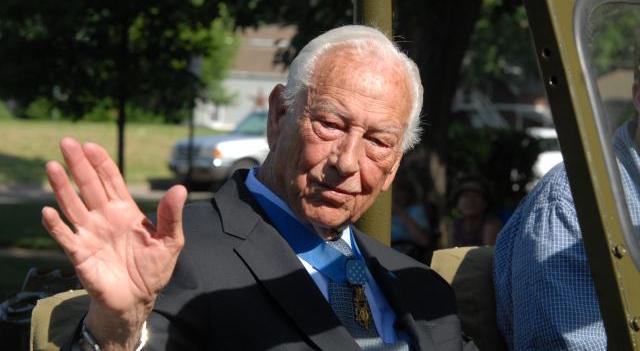 When I was in basic training some 12 years ago, one of my drill sergeants advised that it would behoove us to, after we finished our training, take time and go to VFW’s and military halls and talk to old time veterans.

Those heroes who punched Nazism in the face and saved the world from evil. The Sgt.’s reasoning was simple enough: they won’t always be there to talk to, and year after year more and more finish the long march to their reward.

While I did heed my drill sergeant’s advice, I sometimes regret that I didn’t make more of an effort to seek out the old dogs of war and hear their tales.

So, when I hear that another of the greatest generation has shuffled off this mortal coil I like to take a moment and highlight the heroism.

Now seven decades past, the feats of those heroes should still reverberate in the hearts of any true American.

Last Thursday, one of the last surviving Medal Of Honor recipients of World War II died of kidney failure at the age of 92.