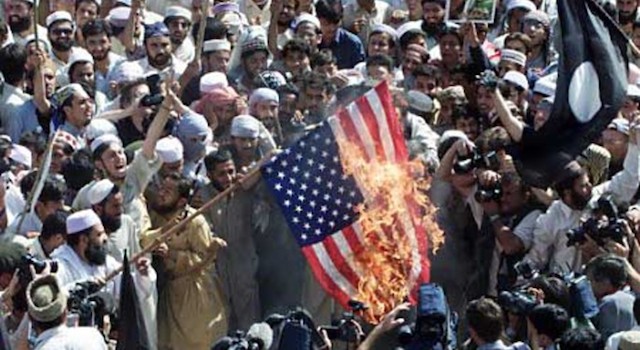 Late Tuesday, February 11, a group of respected former national security leaders and officials presented evidence against Grover Norquist (President of Americans for Tax Reform) and Suhail Kahn (Board of Directors of the American Conservative Union (ACU) of having ties to the Muslim Brotherhood.

According to Breitbart, the 45-page dossier was issued to ACU lawyer Cleta Mitchell, “who in 2011 cleared Norquist of the allegations initially brought by former high-ranking Reagan official Frank Gaffney”.

Breitbart reported that Dan Schneider, the executive director of the ACU, told Breitbart that he is reviewing the report, adding:

“But let me be clear, Suhail Khan and Grover Norquist are board members in good standing. They have been positive contributors to the conservative movement for a long time and their efforts must not be diminished.”

In an exclusive interview for PolitiChicks.tv, Frank Gaffney discussed the new presentation of evidence against Kahn and Norquist.

A-M: Cleta Mitchell is again denying all of your findings and claiming you have a ‘personal vendetta’ against Norquist and Kahn.  What is different today than it was when you first presented evidence to the ACU?

Frank Gaffney:  The most important thing that I would argue is…