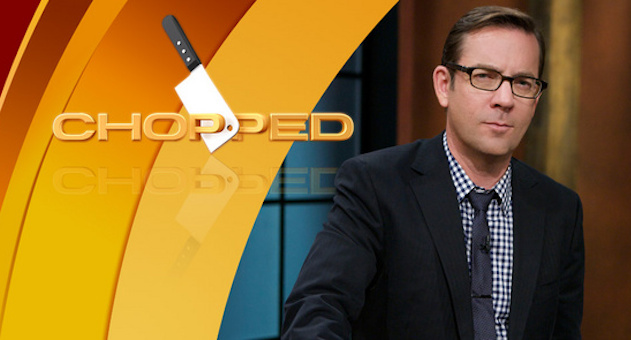 I have long been a fan of the Food Network, especially the show “Chopped,” where 4 chefs compete to make a meal in a set amount of time with mystery ingredients in a basket.

But lately, with the new season, the channel has gone into full assault mode with a rabidly gay agenda.

I was set to watch my DVR’d episode of Chopped a few days a go, and one of the 4 chefs was a man by day, drag queen and chef by night. And another recent episode had a woman chef, whose goal was to win the $10K so she could marry her girlfriend.

The bio went so far as to show the women kissing…on the mouth. I stopped both episodes and deleted, then deleted Chopped from the “Series Recording.”

Then, I knew I needed to write the network. It may avail nothing, but yet I had to write.

Here is the letter:

I realize I am just one person, so this may be an exercise in futility. You have been one of my favorite channels, and Chopped has been my favorite show on the Food Network.

But the last 2 episodes I found so offensive, I deleted them from my DVR after just the first few minutes and have deleted Chopped from my series recording.

I realize many channels, in an effort to advance the “Cable Positive” vision, are implementing gay characters and a pro-gay message. I love ALL people, but I believe in a biblical worldview. I don’t enjoy seeing same sex folks kissing and chefs in drag.

Let me be clear: I believe EVERYONE has sinned and fallen short of God’s glory and standards. That includes me and and my friends…should they choose a heterosexual or homosexual lifestyle.

I am a writer, editor, and talk show host, and am doing all I can to uphold solid, biblical values: to love God and people and be an instrument of His grace.

Unfortunately, I won’t be watching your channel in the future, and I will tell friends and followers why. Again, I bear no ill-will nor hatred for anyone.

But some things are worth standing up for, and to the best of my ability, I choose to do what pleases God.

Although I don’t expect one email from one person to sway your determination to impose your agenda, perhaps it’s a start. My listening audience is a paltry 100- 200K…not large. But they will know and be informed.

I am so sad that I cannot simply watch a wonderful show, with talented chefs, many of whom cook for causes.

By the way, my favorite Chopped episode of all time was the show where Lance, the Evangelical Christian, won the redemption re-match and then gave money to the runner-up to see her dying grandmother in France.

That was so moving — I watched it several times and had friends watch.

I have had many conversations with Conservative friends who write, edit, and are in media. We all are seeing a “full court press” by the secular humanists and those advancing this rabidly pro-gay agenda. Everyone I talk to agrees that this is a spiritual battle, and it’s just beginning.

I have been called vile names on Twitter, merely for supporting Phil Robertson and his family.

And I suspect it will get worse.

Consider this a heads up: several media outlets and networks are implementing their strategy to “re-train” a new generation of American who will be tolerant of any and all morals except those of Conservative people of faith.