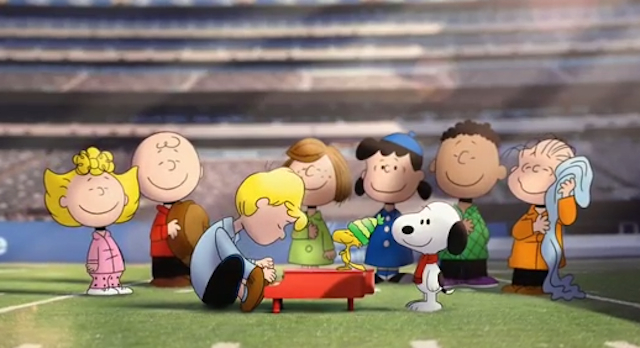 The big game is fast approaching and NFL Super Bowl XLVIII revelers are ready to cheer, eat and vote on Super Bowl commercials.

And in what has become less and less a family-friendly entertainment venue, with racy ads and malfunctioning half-time show wardrobes, Americans may be pleased to view some uplifting commercials on Sunday.

This one, replete with the Peanuts gang, touches the patriot’s heart. Sparky would be pleased.

I grew up reading Peanuts — Charles Schulz captured the imagination and subtly wove traditional values and themes throughout the characters’ stories.

“Sparky was brilliant…besides being one of the most lovely human beings I’ve ever met…he was wonderfully creative because with a comic strip you really have to create those ideas and the substance of your cartoons, the humor, out of thin air.”

Kudos Met Life for creating an ad that, while it hopefully furthers your economic concerns, also honors the tremendous character of a world famous cartoonist who happened to espouse old-fashioned values.

Such as love for America…from sea to shining sea.