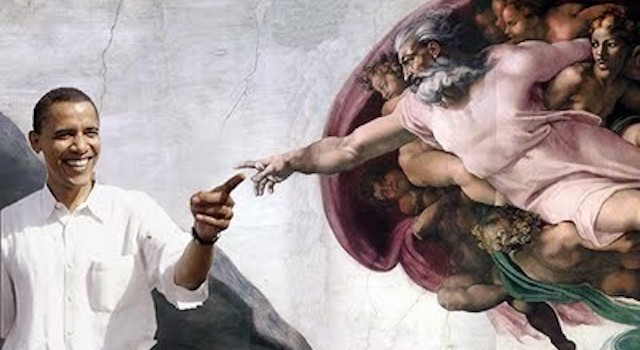 The United States has had just about enough!  Of nasty weather that is: enough snow already

With global warming and all, just like in the South, the threat remains that the balmiest of climates could find themselves shoveling out from under 6 ft. snow drifts.

For six-fruitful years Obama brought “Hope and Change” to America, and ‘fundamentally transformed’ the nation, as well as plugged up holes in that ‘fatally flawed’ document – the US Constitution.

Now the time has come for Barack Obama to step forward and do something about the weather.

Hopefully, the president has saved the best for last, because its long past due for him to do the stupendous, the miraculous, the thing ‘the world has been waiting for‘ and really strut his stuff?

After all, 49 states are digging themselves out from under a snowvalanche, and before this brutal Snowmageddon works it’s way across all of the 57 states that the president visited (not counting Alaska and Hawaii) when he campaigned in 2008, maybe he should intervene.

Just  as he’s commanded 300 million Americans to submit without question and obey, surely he can tell the weather gods do the same.

With that in mind, this may be “the moment” when Barack Obama intercedes and finally addresses the snowy weather patterns that are impacting the ‘rise of the oceans” and in turn will  also “heal the planet.”