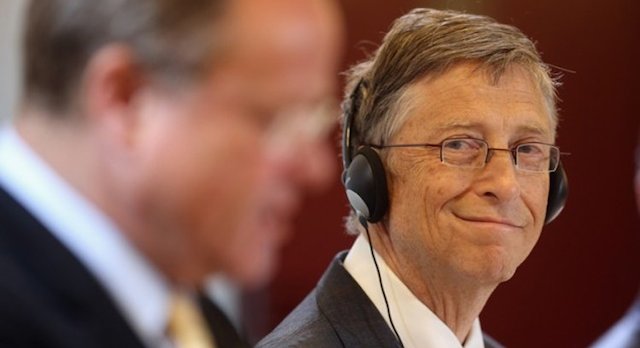 It’s good to know that President “Hope and Change,” the man who lectured Bush and Romney about getting more in touch with “Main Street,” and less enthralled with “Wall Street,” has created more billionaires than all the white guys!

More on that in a bit, since first I’d like to celebrate Barack Obama getting Bill Gates back on top of the Richest Person in the World list.

It’s been 4 years since Gates has been on top:  a Mexican named Carlos “Slim” Helu has held that distinction for a few years. I know…a “Mexican!” And he’s not trying to get to the US illegally.

Gates is now worth $76B, which is FAR MORE than Obama allows people to have, yet no lecture from the White House about excess. People speak of Gates’ philanthropy, but I call BS. You know that sucker is throwing himself a party for regaining the top spot.

But he is not the only person who should celebrate, because Obama is the reason Gates is back on top.

And Obama, the black president who is for the little guy, has even more to celebrate:

The United States had the most billionaires, with 492, followed by China at 152 and Russia at 111.

What a staggering statistic, when you consider that America has 308M people, easily 1/3 that of China. However, we have over 3 times the number of billionaires.

Don’t expect Gates to give away all that wealth any time soon. He needs to keep a little bit in the vault, just in case.