As if I need to prove any further that Liberals are lying buttmunches, I must say I actually enjoy proving it.

I saw this chart for the most polluted cities in China, as well as in the U.S. A couple of things stand out. 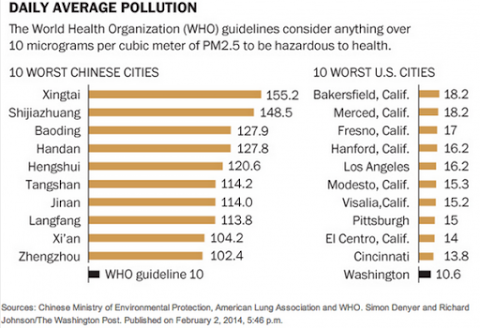 First, having lived in China, I am amazed that we make such a fuss about pollution in America, when I know first-hand how much pollution there is in China. The pollution is exponentially more than in the U.S.

Further, as you can see from the chart, it is Democrat-controlled cities who create the most pollution.

Well Obama is lynching the coal industry, and it’s for the MONEY!