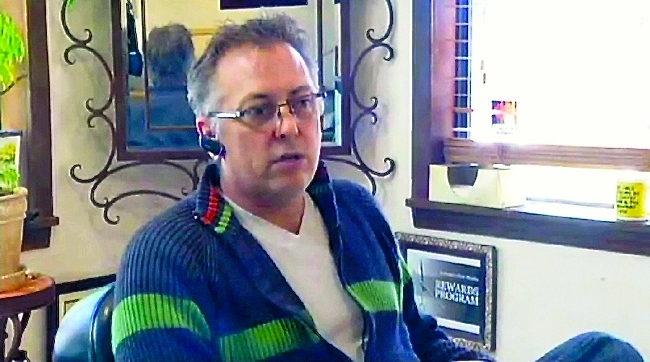 Just when you thought it was safe to get a touch-up from your gay hairdresser we come to find out that unless you want blue hair or crooked bangs, disagreeing with gay marriage can be detrimental to your hairdo.

In New Mexico, where gay marriage is still illegal, former Democrat, current Republican, Governor Susana Martinez dared to express her personal opinion that marriage should be between one man and one woman.

As a result of her traditional marriage conviction, her gay (as long as everyone agrees with him) hair stylist, Antonio Darden claims he dropped Martinez as a client.

The owner of Antonio’s Hair Studio, Darden has been with his male partner for 15 years. Antonio commented:

“It’s just equality, dignity for everyone. Everybody should be allowed the right to be together.”

Correct me if I’m wrong, but hasn’t Antonio been with his partner for 15 years? How exactly then has the governor’s stance on gay marriage impacted Antonio’s ability to be “together” with the man he’s spent almost two decades with?

Antonio must be some hair-cutter because one ardent Antonio fan, Vivian W. of Santa Fe, describes the hair cutting wunderkind this way:

I love going to Antonio’s Hair Studio. I feel that he has the realistic knowledge of hair styling, cutting and maintenance that I need.

He is very punctual, professional yet personable and ‘real’. It is always a pleasure to converse on many interesting topics or to be just comfortable with our silence as he works.

And I love the many birds and feeders outside the window. His care of nature adds to my knowledge that I am in good hands.

Despite Darden’s “care of nature,” the personable and “real” Antonio said that after he found out the governor had a conflicting opinion on a controversial subject of gay marriage he gave her the old heave-ho.

Martinez had her haircut from Darden three times, which means she didn’t oppose gay hair cutters and was willing to pay a fair wage for services regardless of sexual orientation.

Nonetheless, Antonio is making a name for himself among gay activists bragging:

“The governor’s aides called not too long ago, wanting another appointment to come in. Because of her stances and her views on this, I told her aides no.”

Mr. Darden maintains that the governor’s office was persistent about having the gay marriage activist style her coif. So much so, Martinez’s aides called back. Darden said, “They called the next day, asking if I’d changed my mind about taking the governor in and I said no.”

The New Mexico governor’s office feels the denial of services is more about publicity than same sex marriage.

Headlines of late highlight the controversy over the legality of denying sex couples wedding services from businesses like bakeries and wedding photographers. But in New Mexico at least, apparently it is acceptable for a homosexual business owner to deny services to someone for merely disagreeing with his or her lifestyle choice.

If what Antonio is saying is true, Martinez would be wise not to allow an angry gay man with scissors in his hand in the proximity of her throat.

Looks like Governor Susana Martinez may be forced to find herself a hairdresser without bird feeders who supports traditional marriage. 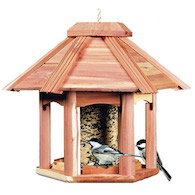