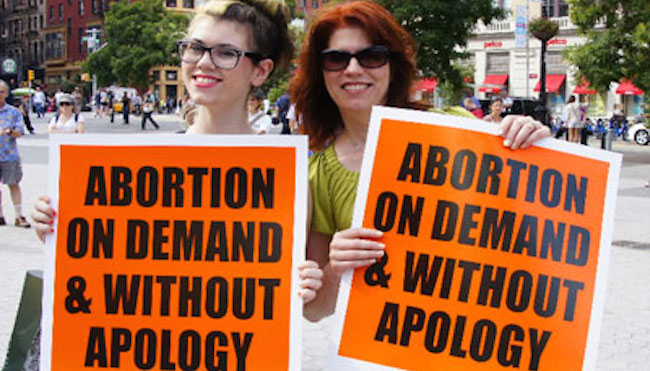 Their battle cry: “Abortion on Demand without Apology.”

The twisted premise of the rally was that women should be vindicated if they kill unborn babies (without apology), including female babies, which, in turn, would somehow liberate the gentle sex from oppressive males.

Similarly, when it comes to health care, liberals applaud beneficence, unless it’s bestowed by way of evil conservatives with lots of money, like the Koch brothers.

That’s why on one street corner in New York you might find liberals staging a perfectly illogical “Quality Care, not Koch Care” protest, and on another, an equally illogical “Stop the War on Women…Stop Patriarchy…Abortion on Demand without Apology” convention.

Recently it was reported that Americans for Prosperity humanitarian, David Koch, contributed mega-millions to a new ambulatory care center due to be built at New York-Presbyterian Hospital.