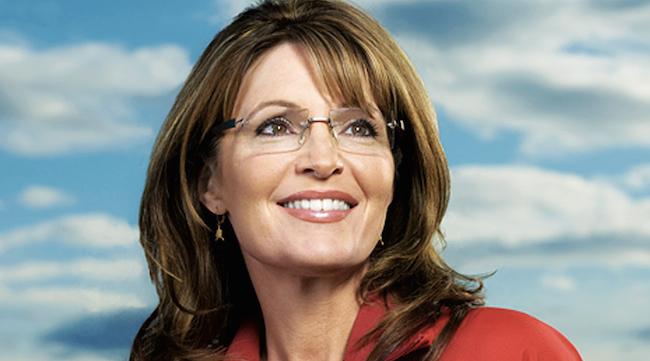 Just take a wild guess who predicted in 2008 that, if Obama was elected, Putin might be encouraged to invade Ukraine.

If you guessed Sarah Palin, that Veep candidate that the Left and their MSM minions mercilessly mocked and ridiculed, you would be right! Actually Romney made the same prognostication.

After the Russian Army invaded the nation of Georgia, Senator Obama’s reaction was one of indecision and moral equivalence, the kind of response that would only encourage Russia’s Putin to invade Ukraine next.

As we’ve said before, this is an extremely far-fetched scenario. And given how Russia has been able to unsettle Ukraine’s pro-Western government without firing a shot, I don’t see why violence would be necessary to bring Kiev to heel. Watch the upcoming parliamentary elections in December to see if Moscow gets the pliable new government it wants.

But look who’s laughing now. Gee…suddenly Sarah looks light years smarter than the Progressive press who even last week were denying the possibility of any military move by Putin vis-à-vis Ukraine.

As Tony Lee at Breitbart writes:

In light of recent events in Ukraine and concerns that Russia is getting its troops ready to cross the border into the neighboring nation, nobody seems to be laughing at or dismissing those comments now.

Hounshell wrote then that Palin’s comments were “strange” and “this is an extremely far-fetched scenario.”

“And given how Russia has been able to unsettle Ukraine’s pro-Western government without firing a shot, I don’t see why violence would be necessary to bring Kiev to heel,” Hounshell dismissively wrote.

Palin made her remarks on the stump after Obama’s running mate Joe Biden warned Obama supporters to “gird  your loins” if Obama is elected because international leaders may test or try to take advantage of him.

Sarah was right. Too bad America has to suffer through the ruinous presidency of Barack Obama to prove Palin’s prediction.

Obama and the Left were wrong about Ukraine…and everything else concerning domestic and foreign policy. God help us.