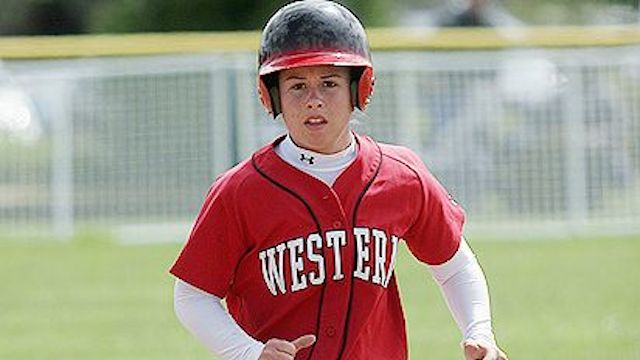 At a 300 seat stadium in Ellensburg, a story of heart and teamwork was played out in a Division II softball game between Western Oregon and Central Washington.

This is the good stuff. And it was not with multi-millionaire, famous ballplayers, was not on prime-time television. Just a small, Central Washington town, known more for growing hay than heroes.

But on one Saturday in April, 2008, that changed when a team did something that touched the heart of every ump, coach, player and spectator.

The story centers around Western Oregon senior, Sara Tucholsky, who had never hit a home run in her college career. That was about to change.

Though this took place 6 years ago, the video is so inspirational it’s worth a look.

“It’s a great moment when someone has character to step up and do the right thing at the right time.”

It was indeed a great moment and a great story — small-town but powerful.

Central Washington’s Liz Wallace and Mallory Holtman might have been on the opposing team, but that did not prevent them from helping Sara.

That, my friends, is the real face of America. The notion that self-sacrifice, and doing what’s right and good and decent has worth beyond measure.

It was just a small town Saturday night; but the Division II softball players of Central Washington and Western Oregon showed some major league character that is the stuff of legends.