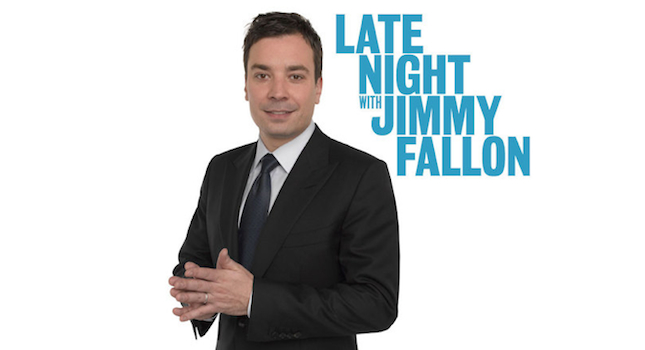 Jimmy Fallon is a hack. His schtick at best, frat boy.

Mediocrity is what makes it today in showbiz. That, and sucking up to the Left.

I am fascinated at why the Right doesn’t have anything to counter the drivel of people like Fallon. Not saying that Jon Stewart or Steven Colbert are great shakes, but I will admit they can be clever at times.

All it takes is a room full of researchers and comedy writers, and voila. But Fallon seems to be getting the bottom of the barrel.

I think this writer sums it up best in this article at Philly Mag. Here is a snippet:

I know not everyone falls for Fallon’s smirky, impish personality. It’s been reported that other SNL cast members weren’t keen on his antics. Tracy Morgan was bothered by the “laughing and all that dumb [bleep] he used to do — he wouldn’t mess with me because I didn’t [bleep]ing play that s**t.

That’s taking all the attention off of everybody else and putting it on you, like, ‘Oh, look at me, I’m the cute one.’ I told him not to do that shit in my sketches, so he never did.”

You can expect Fallon to be a shill for the Left for some time. But there is no way his “comedy” will last as long as Leno’s.

Johnny Carson is having a good laugh at how far The Tonight Show has fallen.