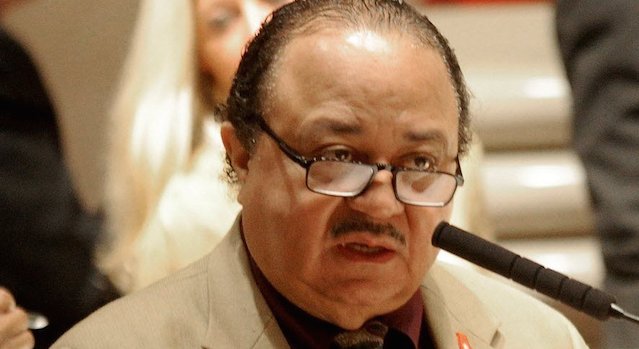 The argument concerning House bills 490 and 493 before the Alabama Legislature was, in part on whether to restrict abortions in the case of rape.

Although the bills passed on a voice-vote in favor of protecting the unborn child, racism emanated from the Democrat Representatives as they fought for their “right” to legally kill children.

The Democrats in the Alabama State Legislature spoke with their usual hateful rhetoric. They lobbied aggressively to kill children who were conceived as a result of rape; some claiming it was wrong for a woman to keep a child born as a result of rape and others saying that the children should be aborted because they would grow up hated.

That idea may be news to many children who were born to loving mothers after being conceived in just such a situation.

But there was an unusually racist standout (even among Democrats). Representative Alvin Holmes (Montgomery).

Maybe the fact he was first elected in 1974 should say something about term limits. But it does nothing to defend his incredible arrogance, racism and hatred.

During arguments concerning the bill, Mr. Holmes made the bizarre claim that:

“…if they’re (a white persons’) daughter got pregnant by a black man, they gone make their daughter have an abortion. They ain’t gone let her have the baby.”

He went on to challenge a white woman by asking her if her daughter got pregnant by a black man, “you gone let her have the baby?”. When she replied, “Yes sir”, he said, “Then after the baby’s born what you do with it?”

She replied, “Let it run around in my living room and enjoy it as my grandchild.” Rep. Holmes then retorted, “With them other little blonde kids runnin’ around in there?”

You see, this kind of racist apparently doesn’t understand judging people by the “content of their character” not the “color of their skin”. This racist jack-apple apparently never heard of Margaret Sanger or looked up the word, “eugenics.”

If he did, he would understand that black people are not the beneficiary of Planned Parenthood: they are the target.

He has no idea he is still on the Democrat plantation, and his masters have him precisely where they want him.