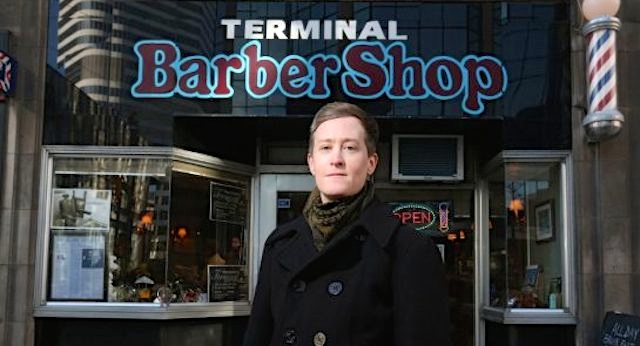 Being a believer in all -isms can get hairy at times. As in the case of a certain Muslim barber.

Take as an illustration a case reported in the Toronto Sun by Ezra Levant:

So a lesbian walks into a Muslim barbershop, and asks for a “businessmen’s haircut”.

It sounds like the beginning of a joke, but it really happened, and now a government agency called the Human Rights Tribunal of Ontario will hear her complaint.

Faith McGregor is the lesbian who doesn’t like the girly cuts that they do at a salon. She wants the boy’s hairdo.

Omar Mahrouk is the owner of the Terminal Barber Shop in Toronto. He follows Shariah law, so he thinks women have cooties. As Mahrouk and the other barbers there say, they don’t believe in touching women other than their own wives.

The incident occurred in Canada in November 2012, but it could easily happen here and now.

Let’s take a state at random — say Arizona — and graft on the same scenario. Gay rights activists usually tend to be protectors of adherents to America’s lone “diverse” religion, Islam, so where…