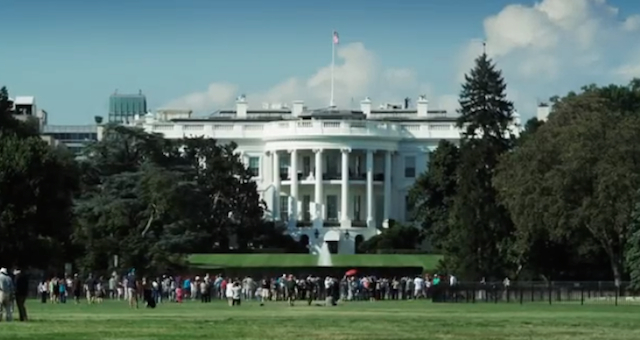 Grey Frederickson, the Academy-award winning producer of The Godfather trilogy has teamed with former Senator Fred Thompson to produce Persecuted, a political thriller examining the fragility of our First Amendment rights.

The film will be presented at CPAC 2014, both Friday at 8PM and Saturday at 1PM.

Persecuted follows the dramatic tale of a well-known televangelist who refuses to stand with Congress and the President to endorse legislation that would seemingly limit the expression of Christianity. Upon taking a stand, government officials do everything in their power to ruin the bold preacher’s life and career.

This conservative film is so important, that even the Hollywood Reporter has taken note. The prestigious magazine interviewed the cast and producers earlier this week.

“These are serious times when freedom is under assault,” noted Frederickson to the Hollywood Reporter. “But the ideas expressed in this film are ideas that all Americans – whatever our political beliefs – share namely, that freedom is our most cherished value.”

“Washington and Hollywood are two interesting towns,” joked Thompson who plays a priest and father to the Televangelist played by Davison. “This film brings these two worlds together. Throw in a bit of religion and you have a recipe for a great thriller. I can’t wait for America to watch this film. It’s perfect for our times.”

“It was an honor for me to work with such an incredible cast of veterans,” noted writer/director Lusko who shared producing duties with Frederickson. “Their work exceeded my vision of what this movie would be like and I’m deeply grateful.”

Liberty Alliance is excited to aid in the promotion and presentation of this landmark film. If you are in attendance at CPAC, it would be a mistake to miss one of the screenings. Remember, they can be seen Friday at 8PM and Saturday at 1PM.

For more information on Persecuted, please go to www.persecutedmovie.com