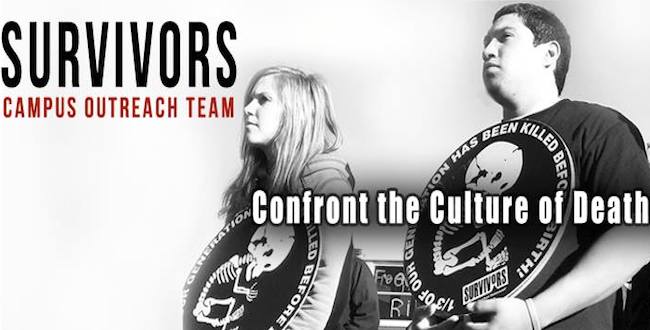 The Santa Barbara Independent is reporting that a pro-life group is pursuing criminal charges against Dr. Mireille Miller-Young — an associate professor with UCSB’s Feminist Studies Department.

Miller-Young allegedly assaulted members of Survivors of the Abortion Holocaust, a Christian pro-life group. Some members are as young as 16.

According to the Independent, Miller-Young allegedly:

“stole one of its banners, assaulted one of its members, then helped destroy the banner during a confrontation on campus last Tuesday. The UCSB police department is investigating the incident.”

According to 21-year-old Joan Short — a student at Thomas Aquinas College and a member of the Christian pro-life group Survivors of the Abortion Holocaust — she, her 16-year-old sister Thrin, and 11 other Survivors had set up three large signs in an area of campus heavy with foot traffic called the Arbor.

The banners, along with literature the activists handed out, displayed graphic imagery of late-term abortions that Joan said was intended to “begin conversations” with passing students.