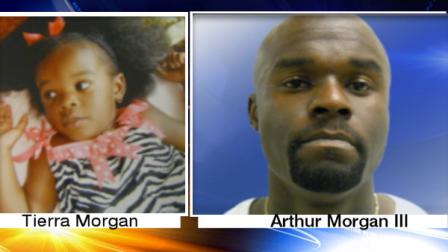 So what this Leftist pro-choice Demoncrat dad waited a couple of years to throw his daughter into a creek, car-seat and all! He was just exercising his CHOICE!

You’d think that in the day of the feminist movement, that men could unburden themselves from babies, except this ignorant Democrat waited too long.

Arthur Morgan III, (yes, there were 2 before him) has an excuse for killing his child, as he “wasn’t thinking clearly that night,” according to his lawyer.

Let me give you a few more facts, then you can decide.

First, Arthur Morgan III of Eatontown allegedly weighed down the seat with a tire-changing jack so the car seat would sink.

Second, he allegely did this, because his daughter’s mother would not get back together with him. How could she pass up a life of bliss with this man, we may never know.

In his opening statement, defense attorney Ryan Moriarty told the jurors their task is to decide “what form of homicide applies to this defendant.”

“We’re not asking you to presume Arthur Morgan innocent of responsibility,” he said. “It is our contention that he did not act knowingly and purposefully on that day but, rather, recklessly. Can your ability to think clearly be affected by lack of sleep, losing your job, staying in your car? By homelessness, by the end of a major relationship in your life?”

The way I see it, Obama killed this man’s daughter. Thankfully, they are both PRO-CHOICE!