Now don’t go getting all “Chrissy Matthews” on me and getting a tingle up your leg, because the ACLU got one right.

I applaud the ACLU for protecting a young boy who decided to read his Bible during an after-school program. But let’s consider what just happened.

First of all, a student should be able to practice his or her 1st Amendment right to free speech during school, not just after school.

If this 9-year old boy had decided to read his Bible at school during “quiet time” for example, the ACLU would likely not have stood up for him. They would have claimed his Bible reading “during” school offended some Muslim or whomever. So though they made the right call on this one, the 1st Amendment can’t be parsed. 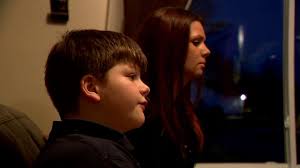 Second, just the idea that some administrator in that school is so PC ,they find a kid reading the Bible offensive is patently ridiculous. The kid didn’t pull out his “winky” and start shouting “LOOK HERE!” He was reading the GOOD BOOK!

Even the ACLU knows when enough is enough, and this should be a warning to wackademia, that even the far left loons at the ACLU…you know, the organization that protects pedophiles, realizes when you have gone too far.