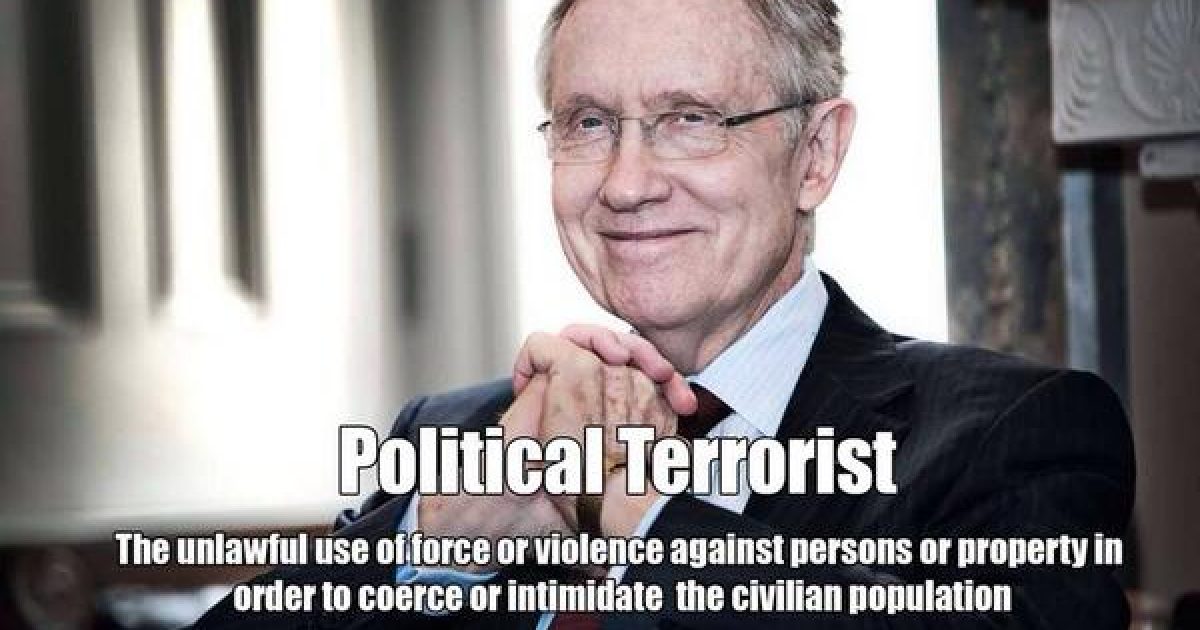 No wonder Harry Reid calls Tea Party members “terrorists,” as that takes the spotlight off him.

Forget that Harry Reid hid his land deal that netted him a profit of $700,000 from a $400,000 deal, and that he hid it from Congress. There is more to this scoundrel, as the latest scandal suggests:

A Utah businessman is rocking both state and national politics after claiming Utah Attorney General John Swallow helped him broker a deal with Senate Majority Leader Harry Reid to make a federal investigation into his company quietly disappear, the Salt Lake Tribune reports.

Jeremy Johnson was allegedly told that the price would be $600,000, and claims to have made an initial payment of $250,000 when he was slapped with a federal lawsuit.  Now he says he wants his money back.

The Salt Lake Tribune points out that Johnson has no way of knowing whether the funds actually made it to Reid, even if he did make a massive payment to Reid’s alleged intermediary.

Let’s not mince words: Harry Reid is a thieving snake. He’s upset with the Tea Party for exposing Liberal shenanigans by him and his allies. Harry Reid is the real terrorist. He is drunk on power and he will do anything to keep it, including “cussin’ the boss”…the people.