While the NBA was doing ground and pound on Donald Sterling, Shaq was committing black on black crime on a black man with disabilities on Instagram.

Former NBA player Shaquille O’Neal is facing sharp criticism from fans after posting a photo to his Instagram account making fun of Michigan-native Jahmel Binion, according to MLive.

The 23-year-old lives with ectodermal dysplasias, a rare condition that causes reduced ability to sweat, missing teeth and fine, sparse hair, according to the National Foundation for Ectodermal Dysplasias. At least one in 5,000-10,000 babies are born with the condition.

Because of the condition’s physical effects, Binion said he knows how it feels to be the brunt of a mean-spirited joke.

“I’ve been getting teased since I was yay tall,” he told FOX 2 News. “People laugh at me, stare at me.”

The photo has since been deleted from O’Neal’s  Instagram account, which has nearly 600,000 followers. Anger and disappointment has been pouring in from fans on social media after the image was shared a couple weeks ago.

But this episode of “ism” got little to no attention from media. A former NBA superstar showing his TRUE COLORS! 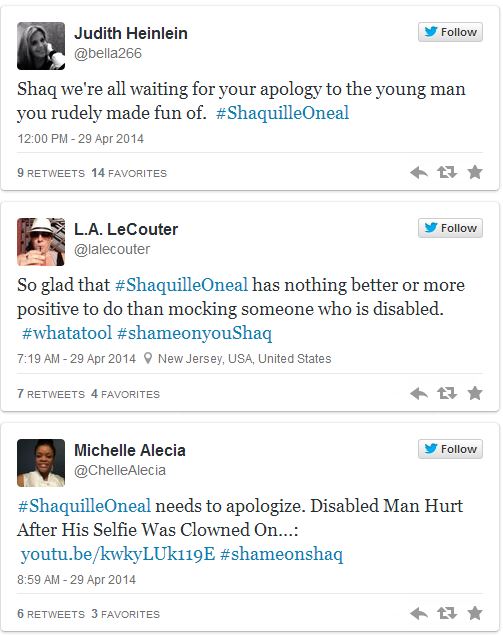